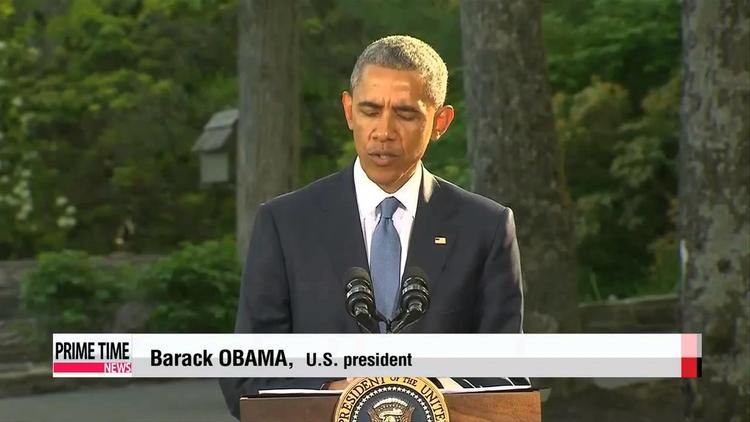 UNITED NATIONS, May 15 2015 (IPS) – When the United States sells billions of dollars in sophisticated arms to Arab nations, they are conditioned on two key factors: no weapons with a qualitative military edge over Israel will ever be sold to the Arabs, nor will they receive any weapons that are not an integral part of the U.S. arsenal.

But against the backdrop of a White House summit meeting of Arab leaders at Camp David this week, the administration of President Barack Obama confessed it has dispensed with rule number two.
“This raises some major questions about the seeming lack of arms control in the region and the potential risks of further one-sided procurement of advanced weapons by GCC states.” — Pieter Wezeman

“They’re more advanced than the ones our Air Force flies,” he told reporters at a U.S. State Department briefing early this week, without going into specifics.

The six members of the Gulf Cooperation Council (GCC) – Bahrain, Oman, Kuwait, Qatar, UAE and Saudi Arabia – which participated in the summit were, not surprisingly, promised more weapons, increased military training and a pledge to defend them against missile strikes, maritime threats and cyberattacks from Iran.

An equally important reason for beefing up security in the region is to thwart any attacks on GCC countries by the Islamic State of Iraq and Syria (ISIS).

“I am reaffirming our ironclad commitment to the security of our Gulf partners,” President Obama told reporters at a news conference, following the summit Thursday.

But he left the GCC leaders disappointed primarily because the United States was not willing to sign any mutual defence treaties with the six Arab nations – modeled on the lines of similar treaties U.S. has signed with Japan and South Korea.

Kahl told reporters: “This administration has worked extraordinarily closely with the Gulf states to make sure they had access to state-of-the-art armaments.”

He said that although the U.S. has not entertained requests for F-35s, described as the most advanced fighter plane with the U.S. Air Force, “but keep in mind under this administration we moved forward on a package for the Saudis that will provide them the most advanced F-15 aircraft in the region.”

Taken as a whole, Kahl said, the GCC last year spent nearly 135 billion dollars on their defence, and the Saudis alone spent more than 80 billion dollars.

In comparison, the Iranians spent something like 15 billion dollars on their defence, said Kahl, trying to allay the fears of GCC countries, which have expressed strong reservations about an impending nuclear deal the U.S. and other big powers are negotiating with Iran.

Still, arms suppliers such as France and Britain have been feverishly competing with the United States for a share of the rising arms market in the Middle East, with continued turmoil in Iraq, Syria, Libya and Yemen.
Related IPS Articles

Last year, Qatar ordered a large amount of new arms from suppliers in Europe, the U.S. and Turkey, in which U.S. equipment was significantly more important than it had been in the decades before in Qatari arms procurement.

“None of the GCC countries has been mainly dependent on a single arms supplier in the past four to five decades. The U.S., UK and France have long been the main suppliers to the GCC, competing against each other,” he added.

In an article last week on the GCC summit, William Hartung, director of the Arms and Security Project at the Center for International Policy and a senior advisor to the Security Assistance Monitor, described it as “an arms fair, not diplomacy.”

He said the Obama administration, in its first five years in office, entered into formal agreements to transfer over 64 billion dollars in arms and defence services to GCC member states, with about three-quarters of that total going to Saudi Arabia.

On any given day, Kahl said, the United States has about 35,000 U.S. forces in the Gulf region.

“As I speak, the USS Theodore Roosevelt Carrier Strike Group is there. The USS Normandy Guided Missile Cruiser, the USS Milius Aegis ballistic missile defense destroyer, and a number of other naval assets are in the region,” he said.

“And we have 10 Patriot batteries deployed to the Gulf region and Jordan, as well as AN/TPY-2 radar, which is an extraordinarily powerful radar to be able to track missiles fired basically from anywhere in the region.”

The mission of all of these forces, he said, ”is to defend our partners, to deter aggression, to maintain freedom of navigation, and to combat terrorism and weapons of mass destruction.”

Still, in the spreading Middle East arms market, it is business as usual both to the French and the British.

Wezeman told IPS Qatar has acquired the Rafale to replace its Mirage-2000 aircraft which France supplied about 20 years ago.

The UAE has been considering the purchase of Rafale to replace Mirage-2000 aircraft procured about 10 years ago from France.

“The same arms acquisition patterns can be seen for land and naval military equipment. It would be a real change if the GCC countries would start large-scale procurement of arms from Russia and China. This has, however, not yet happened,” said Wezeman, who scrupulously tracks weapons sales to the Middle East.

He said access to certain technology has occasionally been one of several reasons for the GCC countries turning to Europe, as the United States tried to maintain a so-called ‘Qualitative Military Edge’ for Israel, in which it refused to supply certain military technology to Arab states which was considered particularly threatening to Israel.

He said for a while the U.S. was not willing to supply air launched cruise missiles with ranges of about 300 km to Arab states. Instead Saudi Arabia and the UAE turned to the UK and France for such weapons and the aircraft to integrate them on.

However, the U.S. has now become less restrictive in this regard and has agreed to supply certain types of cruise missiles to Saudi Arabia and the UAE.

Finally, what is particularly interesting is that U.S. officials once again emphasise the military imbalance in the Gulf region when mentioning that GCC states’ military spending is an estimated nine times higher than that of Iran (figures which are roughly confirmed by SIPRI data).

“This raises some major questions about the seeming lack of arms control in the region and the potential risks of further one-sided procurement of advanced weapons by GCC states,” he added.