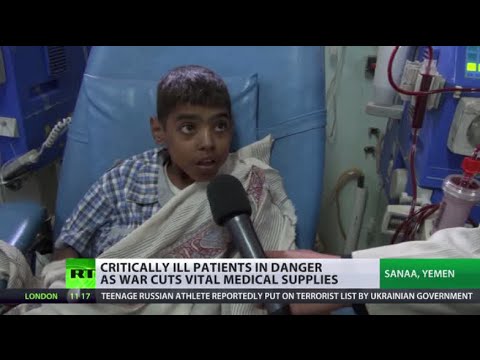 “Saudi-led coalition warplanes are continuing to pound Houthi targets in Yemen despite the rebels agreeing to UN-backed peace talks. The strikes have killed 58 people across the country over the past two days, according to the Houthis. And the humanitarian situation is getting worse by the day, according to the UN humanitarian office, but the casualties are coming not only directly from the fighting – the collapse of the infrastructure also means critically ill patients are not receiving treatment. ”