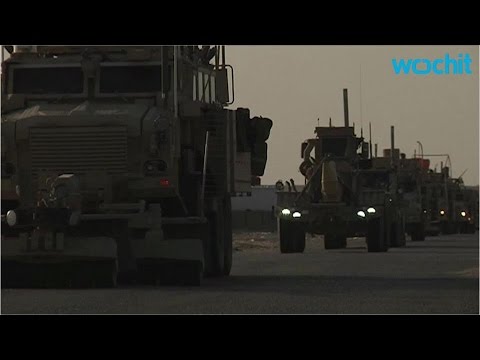 It’s hard to get an accurate figure on how much Iraq’s fight against the Islamic State group has cost. Local experts believe it’s in the hundreds of billions and that the country may never recover without foreign aid.

The security crisis caused by the extremist group known as the Islamic State has not just had an impact on security in Iraq, it’s also having a major impact on the country’s finances. Yet nobody really seems to know exactly how much it is all costing.

“The cost of the war is around US$300 billion,” Iraqi politician, Baleigh Abu Kallal, an MP for the Islamic Supreme Council of Iraq, told NIQASH. “That includes direct costs for weapons and arms as well as other costs and the impact on the economy in general. The impacts of the crisis have reached around US$200 billion and the government has spent around another US$100 billion on weapons and funding the fighting since June last year,” he explains.

Local economist Bassem Jamil Antoine believes that talk that the crisis may have cost US$300 billion so far is not an exaggeration. He agrees that US$1 billion has been spent on weapons – this is a figure that most experts agree on when trying to calculate the cost of the crisis – but that indirect costs of things like taking care of internally displaced Iraqis, the damage done to infrastructure and the economy, and other impacts would add up to more than that again.

The costs of paying soldiers to fight against the Islamic State, or IS, group have also mounted. A source at the Iraqi Central Bank, speaking on condition of anonymity, told NIQASH that after June 2014, around a million extra salaries were added to the salaries already paid to official Iraqi security forces. These are being paid to the volunteers who make up Iraq’s unofficial fighting force, the mostly Shiite Muslim militias, who have caused some concern over the past few months. The salaries are also being paid to Sunni Muslim tribal fighters who are opposed to the IS group.

One of the costs Iraq is incurring thanks to the security crisis revolves around decreasing outputs from the country’s oil fields in places like Kirkuk, Salahaddin and Ninawa, where the IS group has either been fighting or is in control. Iraqi oil fields have also been damaged in the fighting as has other valuable infrastructure.

Saad al-Matlabi, a member of the security committee in Baghdad’s provincial council agrees that Iraq’s oil situation is worrying. “The whole Iraqi economy is dependent on one product: oil,” he says. And it’s not just the IS group causing oil problems. “With the decline in oil prices, the Iraqi economy will continue to suffer. Any attempts to diversify and to increase agricultural or industrial production won’t work because of continuous electricity and fuel shortages.”

Anyway, al-Matlabi concludes, it’s almost impossible to try and work out how much this security crisis is costing because the fighting isn’t over yet.

Whatever the eventual final sum, local economists and analysts believe that it will be very high. And because of this, they also believe that Iraq will need international assistance to recover.

“Because of the drop in oil prices and the concurrent decline in Iraq’s budget, we are going to need an international project – similar to the Marshall Plan after WWII,” Antoine argues. “To help with reconstruction, to re-build after the damage caused by the IS group and to help the country. We will not be able to handle these huge losses.”