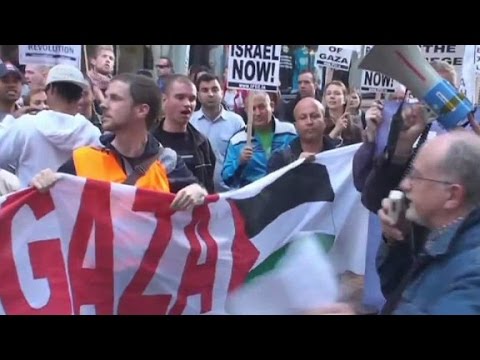 Many people who support a peaceful solution to the Israeli-Palestinian conflict believe that the Boycott, Divestment and Sanctions (BDS) movement has a good argument. With the recent elections in Israel renewing Binyamin Netanyahu’s mandate to pursue hardline policies vis-à-vis the Palestinians and the lack of will by foreign governments to apply effective pressure on Israel, an activity by global civil society seems to be in order. The BDS movement seeks through grass-root activity in North-America and Europe to bring about a consumer boycott of Israeli products, sports and cultural events as well as divestment of banks, pension funds and corporations from Israeli enterprises.

All these measures, should be pursued, according to the BDS movement website, until Israel ends the “occupation and colonization” of the West Bank. Although this seems the only sensible thing to do, the BDS regime, if implemented with regard to Israel proper, would bring the very opposite of what its supporters seek to accomplish. The reason is simple: an indiscriminate boycott on Israel would destroy whatever is left of the Israeli left and would embolden the Netanyahu coalition.

Take the Israeli blockade over Gaza, for instance. The Israeli government imposes it since 2007 to undermine the Hamas government. Eight years later, not only the Hamas is well entrenched in Gaza, the Gazan business community that has traded with Israel and preached moderation has been eviscerated. Since 2007, to compensate for lack of access to Israeli goods, tunnels were built under the Gaza-Egypt border to smuggle thousands of tons of merchandise. Up to 2014 when Egypt destroyed them, tunnel owners, some of them Hamas officials, grew rich from illicit trade and had no interest in ending the conflict with Israel. On the contrary, if the blockade ended, tunnel owners would take a hit. That’s the reason that they supported lobbing missiles at Israel. In short, the indiscriminate boycott of Gaza has created a pro-conflict lobby and weakened the moderates. That is not an isolated example. In Saddam’s Iraq, indiscriminate Economic sanctions wiped out the middle class and left the ruthless dictatorship in place.

One can presume that a BDS regime would have the same effect on Israeli society. Indeed, supporters of the BDS, unknowingly, target the very groups in Israeli society which have been an important part of the Israeli left. Israeli academics, novelists and artists seek international recognition and their careers are relay on it. They have opposed the occupation of Gaza and the West Bank from an early stage and produced a continuous stream of novels, histories and plays that sharply criticize Israeli government for not doing more to solve the conflict. Likewise, Israeli exporters, especially from the Hi-Tech sector, are dependent on access to external markets and are leery of anything that can harm that. In the last elections, Tel Aviv, Israel’s unofficial capital of business and culture, voted overwhelmingly for the Left. Had it been up to Tel Aviv voters, Yitzhak Herzog, leader of the Israeli Labor party, would have won the elections with a comfortable margin.

The groups that benefit from the occupation the most – the settlers in the West Bank, ultra-orthodox Jews, real estate developers, and the Israeli military-industrial complex (Israel’s strongest interest group) would be the least harmed from a BDS regime as they are subsidized or employed by the state and produce primarily for the domestic market. Israeli arms industry has used the West Bank as a laboratory and a window-shop for its latest gadgets and since 2013 its main export markets are in China and India with brisk sales in Africa and Latin America. Moreover, the indiscriminate nature of the BDS, making no distinction between settler products and those produced in Israel itself, may allow the Netanyahu government to rally domestic support by claiming that Israel was not the victim of its own policies but of plain anti-Semitism.

In short, the BDS would hit the internationalist elements in Israeli society while strengthening the Israeli isolationists. In a world in which BDS wins, Israeli academics, artists and writers would flee abroad and Israeli manufacturers and hi-tech start-ups relocate to other venues. The result would not be a surge of support for a peace process, but a poorer, more frightened and parochial Israeli society that inflicts a harsher regime of oppression against ‘fifth column’ Jews, Israeli Arabs and Palestinians.

All that does not mean that civil society in the West must wring its hands while the brutal reality of Israeli presence in the West Bank continues. But protesters need to channel their energies elsewhere. States and international organizations, such as the U.N. and related institutions, have much better tools to act against the Israeli pro-occupation coalition and they should be spurred by public opinion to do so.

Guy Laron is lecturer at the international relations department in the Hebrew University of Jerusalem, and visiting fellow (2014-2015) St. Antony’s College, University of Oxford. He is author of Origins of the Suez Crisis (Johns Hopkins University Press, 2013),