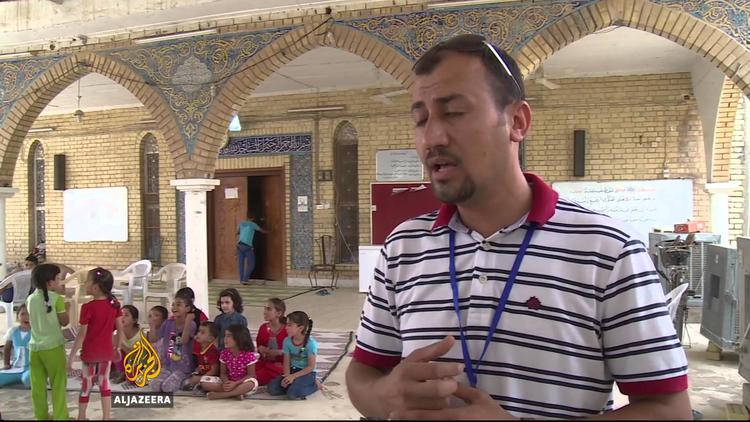 UNITED NATIONS (IPS) – As fighting drags on between Iraqi armed forces and the Islamic State in Iraq and the Levant (ISIL), millions of refugees caught between the warring groups are in dire need of humanitarian assistance.

Speaking at an appeal launch at the European Parliament in Brussels Thursday, Lise Grande, U.N. Humanitarian Coordinator for Iraq, said the international community required at least 500 million dollars to cover the immediate needs of 5.6 million Iraqis until the end of the year.

In total, the European Commission estimates that about 8.2 million Iraqi people are in need of some form of emergency assistance, from food rations to medical supplies. That number could reach 10 million in the next six months.

Since January 2014 close to three million people have fled their homes in a conflict whose frontlines change with frightening regularity, experts say.

“All segments of Iraqi society – Yezidi, Christian, Shabak, Turkmen, Shia, Sunni and Kurd – have been affected by the violence,” Assistant Secretary-General Kyung-Wha Kang said on Jun. 4, in a statement on behalf of Under-Secretary-General for Humanitarian Affairs Stephen O’Brien.

“Families have had to move several times to stay one step ahead of the horrific violence sweeping across whole regions of the country. Others do not know where they can find safety, caught in a sectarian divide that is not their making,” he added.

Add to this some 1.3 million Internally Displaced Persons (IDPs) from previous bouts of violence, as well as approximately 250,000 Syrian refugees seeking shelter in Iraq, and the scale of the required humanitarian operation becomes frighteningly clear.

Refugees are believed to be scattered across some 3,000 camps where basic services are either woefully inadequate or simply non-existent. Food supply chains have been interrupted, hospitals reduced to dust and schools converted into makeshift shelters for civilians on the run.

The situation for women and girls is particularly disturbing, with reports of abduction, systematic sexual abuse and enslavement becoming increasingly common. According to the U.N., the rule of law has completely broken down, and mass executions and rape are a daily reality for thousands.

However, the needs of the Iraqi people and the availability of humanitarian funding appear to have a negative correlation.

“Humanitarian partners have been doing everything they can to help, but more than 50 percent of the operation will be shut down or cut back if money is not received immediately,” Grande warned on Thursday.

Already 77 health clinics on the front lines of the fighting have been forced to close due to the funding crunch, and food supplies for over a million people have been reduced.

On Jun. 2, the World Health Organisation (WHO) warned that health agencies alone required over 60 million dollars to cover their operations until the end of 2015.

WHO officials said that IDPs were at risk of communicable diseases like measles, hepatitis and other water-borne diseases, and reiterated the need for early-warning systems, immunisation drives and awareness among refugee populations on how to prevent the spread of epidemics.

“With the arrival of summer and temperatures above 50 degrees Celsius in the southern and central parts of Iraq, WHO is very concerned about the risks faced by IDP populations and their extreme vulnerability to outbreaks, including cholera and hepatitis,” stressed Jaffar Hussain, head of WHO’s operations in Iraq, at a press conference in Geneva Tuesday.

Currently, health officials are working without the necessary infrastructure, personnel or supplies. Grants that have so far allowed the WHO to run mobile health clinics are expected to run out in June, adding another layer of urgency onto an already deadly situation for millions of Iraqi people.