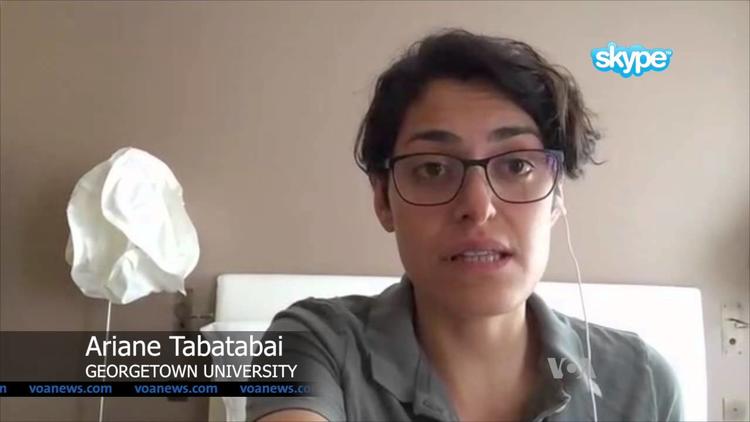 WASHINGTON (IPS) – A final deal on Iran’s nuclear programme wouldn’t only make non-proliferation history. It would also be the beginning of a better life for the Iranian people—or at least that’s what they’re hoping.

Iranians, who are keeping a close eye on the talks which will resume Saturday in Vienna amidst the looming June 30 deadline, believe that significant economic improvements would result from a final accord in the near term, according to a major new poll and study released here this week.
“It may take a while, but the aligning of Rouhani’s promises with the people’s expectations regarding the resolution of the nuclear issue will give him more tools to pursue his other agenda items regarding cultural and political opening and economic liberalisation.” — Farideh Farhi

Majorities of the Iranian public say they expect to see better access to foreign medicines and medical equipment, significantly more foreign investment, and tangible improvements in living standards within a year of the deal being signed, according to the University of Tehran’s Center for Public Opinion Research and Iran Poll, an independent, Toronto-based polling group working with the Center for International and Security Studies at the University of Maryland (CISSM).

Asked how long they believed it would take for changes resulting from a deal to materialise, 61 percent of respondents said they would see Iranians gaining greater access to foreign-made medicines and medical equipment in a year or less while a similar number—62 percent—thought they would see “a lot more foreign companies making investments in Iran” in a year or less.

A slightly lesser 55 percent thought they would see “a tangible improvement in people’s standard of living” within a year.

The poll—based on telephone interviews with over 1,000 respondents between May 12 and May 28—found strong support for a nuclear deal, but that support appears to be contingent on the belief that the U.S. would lift all sanctions as part of the deal, not just those related to Iran’s nuclear activities, and that economic relief would come relatively quickly.

The timeframe for and extent of sanctions removal remains, however, a major obstacle in the negotiations, the exact details of which are being kept private while talks are in progress.

Supreme Leader Ayatollah Ali Khamenei—who holds the final say on all matters related to the state—reportedly demanded in a major speech Tuesday that all U.S. sanctions be lifted as of the signing of a deal, a demand that could further complicate the negotiations.

“While there is majority support for continuing to pursue a deal,” said Ebrahim Mohseni, a senior analyst at the University of Tehran’s Center and a CISSM research associate, “it is sustained in part by expectations that besides the U.N. and the E.U., the U.S. would also relinquish all its sanctions, that the positive effects of the deal would be felt in tangible ways fairly quickly, and that Iran would continue to develop its civilian nuclear programme.”

He added that Iranian President Hassan Rouhani might have “difficulty selling a deal that would significantly deviate from these expectations.”

A 34-page study conducted by the New-York based International Campaign for Human Rights in Iran (ICHRI) also found that civil society, which continues to support the negotiations even while criticising the government’s domestic policies, is hopeful for an agreement that will end years of sanctions and isolation.

Of the 28 prominent civil society members interviewed by ICHRI between May 13-June 2, 71 percent of respondents expect economic benefits from an accord, citing increased investment and oil revenues, and gains to employment, manufacturing, and growth.

However, one-fifth of those expecting economic gains believe these benefits could be lost to ordinary Iranians due to governmental mismanagement.

In fact, a significant number of the civil society leaders were skeptical of the Rouhani government’s ability to deliver tangible results from a final deal to the general public.

Thirty-six percent of the interviewees expected no improvement in political or cultural freedoms, citing either Rouhani’s lack of authority or lack of willingness, while 25 percent of all respondents said they expected economic benefits to reach only the wealthy and politically influential.

“Mr. Rouhani is not in control,” Mohammad Nourizad, a filmmaker and political activist told ICHRI. “Whatever he wants to implement, he would first have to seek permission from the Supreme Leader’s office.”

“The expectations we have of Mr.Rouhani do not match his capabilities,” he added.

However, 61 percent of the respondents still believe a deal would grant the Rouhani administration the political leverage required to implement political and cultural reforms.

“It may take a while, but the aligning of Rouhani’s promises with the people’s expectations regarding the resolution of the nuclear issue will give him more tools to pursue his other agenda items regarding cultural and political opening and economic liberalisation,” Farideh Farhi, an independent scholar at the University of Hawaii, told IPS.

“He will still face still resistance and competition but there is no doubt he’ll be strengthened,” she said.

While the ICHRI’s civil society respondents expressed a greater degree of scepticism and nuance than the general population surveyed by the CISSM, a substantial majority in both polls argued that sanctions were significantly hurting ordinary Iranians, an effect that would only increase if no deal is reached.

“[Failed negotiations] would cause terrible damage to the people and to social, cultural, political, and economic activities,” Fakhrossadat Mohtashamipour, a civil activist and wife of a political prisoner, told ICHRI.

“The highest cost imposed by the sanctions is paid by the people, particularly the low-income and vulnerable groups.”