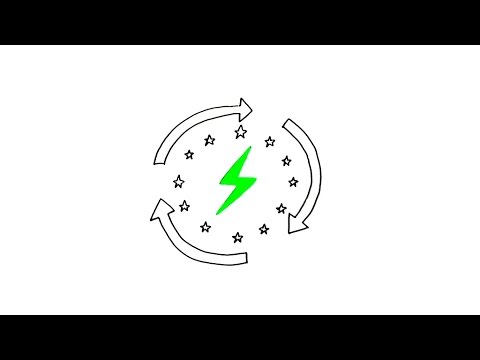 [ N.B. 13% of US electricity is from renewables, including hydro; almost no transportation is powered by renewables.]

While most EU member countries are on track to meet the EU’s binding 2020 targets on renewable energy, France, Luxembourg, Malta, the Netherlands and the UK all need to step up their efforts, the European Commission will say in a report to be published later today (16 June).

In a progress report on the Renewable Energy Directive, seen by EurActiv, the Commission states that reaching the 2020 renewable energy target remains fully within reach.

The Directive sets a legally binding target for the European Union to fulfill 20% of its energy requirements from renewable sources by 2020. This includes a 10% target for renewable energy use in transport, the Commission recalls.

The overall EU target was broken down into national objectives, which takes account of each country’s potential, but are not legally enforceable – something green campaigners say is a weak spot in the EU’s policy on renewables.

The majority of member states are expected to perform “well” and meet their 2020 renewable energy targets, based on an assessment of their current and planned policies.

“However, as the trajectory in the Renewable Energy Directive becomes steeper closer to 2020 and regulatory uncertainty and administrative barriers continue to impact private investment in the sector, additional measures might be needed for a number of member states,” the report states.

Nineteen member states, including Austria, Estonia, Denmark, Germany, italy, Lithuania, Romania and Sweden, might even exceed considerably their 2020 targets on the basis of their current policies.

But other member states, such as France, Luxembourg, the UK, the Netherlands and to a lesser extent Belgium and Spain, are being urged by the Commission to assess whether their policies and tools are sufficient and effective in meeting their renewable energy objectives.

Regarding Poland and Hungary, the Commission also expressed doubts about their ability to reach their 2020 target. Here, the achievement depends on the future development of energy demand and country-specific financing conditions, the Commission said.

“The report proves once again that binding national targets have been a key ingredient in the recipe for success of renewable energy in Europe so far. Such binding national targets should therefore be the preferred option also beyond 2020, to ensure Europe does not risk losing leadership in renewable energy investments,” said Jean-François Fauconnier, Europe renewable policy coordinator at the Climate Action Network, told EurActiv.

The EU executive also notes that the transport sector has seen slower progress than the electricity and the heating and cooling sectors, where the share of renewables reached 5.4% in 2013.

“Sweden is the only member state that has already reached its renewable energy target with the 2013 share reaching 16.7%, well above the binding 10% target for 2020,” the Commission said.

In 2014, EU heads of government agreed a 40% overall target for reducing greenhouse gas emissions by 2030.

But in the run up to the deal disagreement emerged about how best to achieve that.

The UK and others resisted legally binding targets for individual countries on energy efficiency and renewable energy and these did not make it into the final agreement.

Proponents of renewable energy say this was a key missed opportunity to give a strong signal to investors that the EU was serious about clean energy.

“It’s encouraging to see that the EU as a whole is on track to meet the 2020 target,” says Oliver Joy, spokesman for the European Wind Energy Association. Member states have shown ambition to meet this objective but it’s clear that some countries need to pick up the pace, notably the UK, Netherlands and France. This progress report also reflects the importance of the nationally binding element in the 2020 package and the obligation on Member States to meet the 20%, a feature that is lacking for the 2030 renewables target. The European Commission must look at this progress report with a view to 2030 and come up with a strong governance system to offset any risk that the EU might not reach its objective in the next decade. We must not have a situation where accountability is absent and Member States take a more relaxed approach to renewables deployment post-2020.”

Renewables: Powering Europe into the future