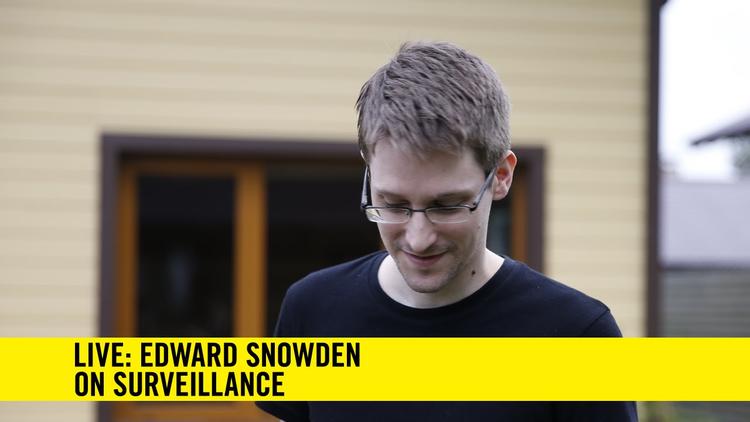 Two years ago today, Glenn Greenwald published in the Guardian a single document confirming a key piece of the NSA’s surveillance program, a document that fundamentally transformed EFF’s long-running battle for an end to unchecked government surveillance. To recap briefly, the document was a secret court order issued under Section 215 of the Patriot Act directing Verizon to provide “on an ongoing daily basis” all call records for any call “wholly within the United States, including local telephone calls” and any call made “between the United States and abroad.” As the days passed, we learned that this document was only one of many crucial disclosures made by Edward Snowden, an NSA whistleblower who has made incredible personal sacrifices in order to disclose information that the American people, and the world, have long deserved to know.

We’ve done a great deal of work in the two years, trying to take every opportunity to ensure that what shocked the world two years ago would serve as a basis for better standards, protections, and challenges to unchecked spying. This has included challenging the government in court (we have three cases arising from the telephone records program alone), forcing the government to disclose secret court opinions, joining with the global community to articulate international principles around communications surveillance, cutting through government misdirection, pushing the world to acknowledge surveillance’s threatening grip on our future freedoms, advocating for encryption technologies, and most recently, helping to convince the US Congress to reform a few of the laws that the government used to justify this surveillance run amok.

But our ambitions don’t end here. Amid those initial disclosures, Snowden wrote, “I really want the focus to be on these documents and the debate which I hope this will trigger among citizens around the globe about what kind of world we want to live in.” We took Mr. Snowden’s words as a challenge and as a solemn responsibility. The world we want to live in is free of invasive surveillance of our digital lives, and EFF has a plan to get there. We need your help, and I hope you will join us.

With the passage of USA Freedom law behind us, we’re setting our sights on Section 702 of the FISA Amendments Act, a deeply troubling authority used by the NSA to justify mass collection of phone calls and emails by collecting huge quantities of data directly from the physical infrastructure of communications providers. Here too, we are pulling at ominous threads of the government’s surveillance apparatus first identified by whistleblowers like Mark Klein, Thomas Drake, William Binney, J. Kirk Wiebe, and Edward Snowden. Mr. Snowden’s disclosures helped us understand that Section 702 was what the government was using to justify its tapping into fiber optic cables: something we’ve been suing over since 2006 and which we are currently presenting to the Ninth Circuit in Jewel v. NSA. It was a hard-fought loss in 2008 when the FISA Amendments Act passed, unconstitutionally granting retroactive immunity to telecommunications companies that participated in warrantless mass surveillance and ultimately killing our first case, Hepting v. AT&T. But the passage of USA Freedom—even as a first step—demonstrates the strengthening of resources, communities, networks, and strategies that can now be brought to bear in the fight for reform in Congress and in the courts.

Another objective: address Executive Order 12333, which the NSA relies on for most of its digital surveillance of people worldwide. On the roster of legal authorities underpinning the government’s mass surveillance activities, EO 12333 is the most thickly shrouded while also appearing to be one of the most powerful: the Washington Post revealed in 2014 that the order alone—without any court oversight—was used to justify the recording of “100 percent of a foreign country’s telephone calls.” There are many objectives to achieve around 12333: greater public awareness; meaningful transparency from those with the power and responsibility to investigate and disclose details being hidden from the public; and direct pressure on President Obama, who can issue a new executive order to better protect people around the world before he leaves office.

Underpinning the fight for freedom from invasive government surveillance is one more very clear objective: fix rampant government overuse of secrecy, including the classification system, to hide essential facts from the American public. And while this is a big task with many possible facets—like direct fixes to the classification system, strengthened protections for whistleblowers, and a reform of the state secrets privilege—it is work that must be done to rebalance our democracy.