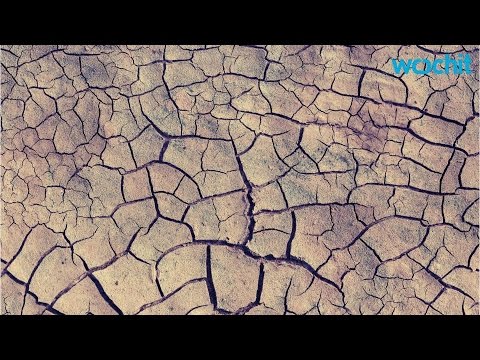 By Jay Lawrimore | (The Conversation) | –

National and international studies have shown that the Earth is warming, and with this warming, other changes are occurring, such as an increasing incidence of heat waves, heavy downpours and rising sea levels.

This slowdown in the rate of warming, called a “hiatus,” was initially perplexing to climate scientists. It was inconsistent with expectations that global temperatures would rise at similar or even greater rates than they had in the latter half of the 20th century as the concentration of greenhouse gases in the atmosphere continued to rise.

In an article published in Science Express on June 4, my colleagues and I at NOAA’s National Centers for Environmental Information (NCEI) presented updated findings that show no hiatus in the rate of warming. Using newly developed data sets of land and ocean temperatures and two additional years of data, we conclude that the global surface temperature increased at a rate of 0.19F (0.106C) per decade from 1998-2014, similar to the rate of 0.20F (0.113C) per decade from 1950-1999.

There were a number of proposed explanations for the hiatus, including natural variability and heat accumulating in the oceans. Although these studies are still equally valid, we expect our finding to provide additional clarity and answers to this question.

From buckets to buoys

This conclusion was a result of NCEI’s ongoing efforts to improve the observational climate record through periodic updates to its climate data sets. We recently completed development of version 4 of the Extended Reconstructed Sea Surface Temperature data set (it will be released operationally and available on June 18) and also improved the global record of land surface air temperature data through development efforts that were part of the International Surface Temperature Initiative.

In recent decades, there has been another switch to a greater use of buoys rather than ships for ocean observations. Buoys tend to report a slightly cooler temperature than ships, resulting in another bias between the two sources of data.

To measure the true variation and change in the Earth’s temperature – not changes associated with differing instrumentation and observing techniques – it is necessary to make corrections to the historical temperature record to remove the nonclimatic shifts in temperature. The new version of the ERSST data set more completely accounts for the changes in observing methods and technologies than previous versions, making the data more consistent across time. This makes it possible to compare temperature data collected from locations around the world and over many decades, improving the accuracy of temperature trend estimates.

In addition to the update to its sea surface temperature data, NCEI also has made improvements to its land surface air temperature record. Data from NCEI’s Global Historical Climatology Network Daily and Monthly data sets were combined with other data exchanged as part of the International Surface Temperature Initiative. This enabled NCEI to expand the coverage of temperature observations to areas of the world not previously included in global studies, most notably in the Arctic, where temperatures have been rising most rapidly in recent decades.

With the improvements to the land and ocean data sets and the addition of two more years of data, NCEI scientists found that there has been no hiatus in the global rate of warming. This finding is consistent with the expected effect of increasing greenhouse gas concentrations and with other observed evidence of a changing climate such as reductions in Arctic sea ice extent, melting permafrost, rising sea levels, and increases in heavy downpours and heat waves.

Underestimating the rate of warming

This work highlights the importance of data stewardship and continuously striving to improve the accuracy and consistency of temperature data sets.

While these improvements in the land and ocean temperature record reveal a rate of warming greater than previously documented, we also found that our computed trends likely continue to underestimate the true rate of warming. This is due at least in part to a lack of surface temperature observations in large parts of the Arctic where warming is occurring most rapidly.

Preliminary calculations of global temperature trends using estimates of temperatures in the Arctic indicate greater rates of warming than the 1998-2014 trend of 0.19F per decade reported in this study. Future data set development efforts will include a focus on further improvements to the temperature record in this area of the world.