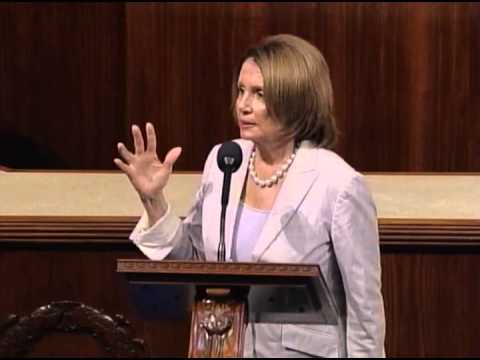 Over the last several days, President Barack Obama pulled out all the stops to pass Trade Promotion Authority (TPA) – aka fast track – which would restrict Congress to an up-or-down vote without amendments on trade deals for the next three years.

On Thursday night, the president paid an unscheduled stop at an annual charity congressional baseball game across town to court Democratic Leader Nancy Pelosi and then made an impassioned 40 minute appeal to House Democrats on Capitol Hill Friday morning to pass fast track. Friday’s vote was essential to complete the Trans-Pacific Partnership (TPP), a trade deal encompassing 11 other countries and 40% of global GDP.

All the President’s efforts unexpectedly careened into a ditch. The actual details of this embarrassing pileup are laden with acronyms and more than a bit convoluted.

House members first buried Trade Adjustment Assistance (TAA), which would provide benefits to workers displaced by trade, by a vote of 126-302. Fast track itself actually then passed by a vote of 219-211, with 28 Democrats joining 191 Republicans. Since the Senate passed both these measures, the failure of aid to displaced workers has now stalled fast track.

What happened? Three factors resulted in the debacle. First, a growing feeling among the Democratic Party’s base that the TPP itself was a vehicle to advance the interest of transnational corporations at the expense of workers, communities, consumers and the environment.

Second, proponents of the TPP tend to sing the praises of free trade, while critics draw on the real-life failures of earlier trade pacts such as the North American Free Trade Agreement (NAFTA).

When the New York Times sought to explain “the simple case” for TPP, it pointed out “when every country focuses on what it is best at, the overall economic pie becomes bigger.”

This is true enough in theory, but when Pelosi gave her floor speech for slowing down Fast Track just before the vote, she pointed out that “each week, each of us goes home to our districts. And in the case of many of us, we put our hand on a very hot stove.”

The “hot stove” includes not simply manufacturing workers who lost their jobs by closed plants but the teachers, nurses, cashiers and managers who were displaced throughout distressed communities.

Finally, the secrecy surrounding the agreement made many members of congress and senators wary. When lawmakers were allowed only to read the draft agreement in “secure” rooms and were told not to take notes transparency is not the first word that comes to mind. In fact, the democratic process requires at least a pad and a pencil.

Ultimately, the debate managed to galvanize large parts of the Democratic Party base from environmentalists to labor against fast track.

Was the president’s defeat a vote against expanded trade and a retreat from globalization? The Washington Post referred to Democrats who opposed the bill as “anti-trade Democrats.” The reality is far-different.

“We all understand we live in a global economy,” Pelosi said. “Some of us, as I do, represent cities built on trade.”

House leaders such as Representatives Rosa DeLauro (Democrat of Connecticut) and Sandy Levin (Democrat of Michigan) have a strong international vision and see the benefits of increased trade. They also understand that the gains must be shared to have “inclusive trade,” and TPP is “trickle-down trade,” in which the idea is if transnational corporations prosper we all benefit.

Whether fast track can be saved will depend on how many Democratic votes President Obama may be able to turn around early next week. The failure of fast track would effectively jettison TPP.

If we want inclusive prosperity, it will require a trade agreement that puts all citizens front and center in the US and in the countries with which we trade.

In my view, TPP, as currently presented, is corporate trade masquerading as free trade.

Harley Shaiken is Director of the Center for Latin American Studies and Professor of Letters and Science at University of California, Berkeley.

Harley Shaiken, Director of the Center for Latin American Studies and Professor of Letters and Science at University of California, Berkeley