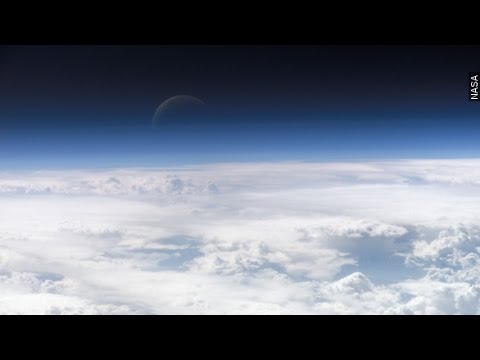 In the latter half of the nineteenth century, we began to burn fossil fuels rather casually, without much reflection, as if an epoch-marking discovery of an incredible energy source was a routine event.

Crude oil and natural gas are a one-time, enormous bounty of highly concentrated energy that developed about 200 million years ago, in the depths of the planet, from a soup of anoxic water, alga, sediment, heat and pressure.

We have squandered enormous quantities of that gift in just 155 years.

Oil is a highly versatile and powerful change agent, enabling the transformation of our planet in about a century and a half. However, the impulses guiding the transformation we chose were childish, focused on trivial and illusory expressions of wealth and power. There were no long range understandings or planning to optimize the oil bonanza, and that planning is still absent.

The purpose of burning oil and natural gas is the production of bountiful amounts of energy, harnessed today primarily to transportation needs manufacturing needs, but to others as well. We didn’t understand how useful oil is, and we consumed it greedily and foolishly. It was cheap: I recall seventeen-cent gallons during 1950s “price wars”.

Those consequences include acidified oceans, melting global ice, substantial sea level rise, widespread extinctions, changed climate patterns and much more. We knew about global warming and we simply ignored it. We have made profoundly ignorant and selfish choices by burning trillions of barrels of oil without any coordinated attempt at reflection or planning.

Our interactions with our fossil fuel bonanza were passive. Whatever happened was largely driven by markets and, later, also by subsidies. It was all just about business: converting petroleum into mobility, machine tools, wealth, comfort and convenience.

As folks began to think about the impact of carbon emissions, a major PR/disinformation campaign was launched by the oil industry to discredit climate science and scientists – a campaign that continues today. A major reason for failing to reduce emissions is bought-and-paid-for-doubt about the reality of global warming and limits to hydrocarbons. Upwards of $500 million dollars have been spent vilifying scientists and making false claims, and that campaign has been fairly successful.

American “exceptionalism” is a broad and variable claim that we are different from other nations. This self-privileged behavior, part of the individualism characteristic of American politics, allows us to imagine we are exceptional – that is, we somehow imagine we deserve to burn all that oil, without a thought for others or the future.
Our progeny will have to take care of themselves.

Now, the die is cast. We did not mitigate at all, and so we face temperature rises of 7.6 Fahrenheit (4 degrees Centigrade) and more, along with massive changes in climate, vegetation, and species. Here are a few reasons for radical pessimism:

· We – and the global community – have done no planning for serious mitigation OR for adaptation – we are just waiting for things to “happen” to us: our rudders are swinging freely. There is simply no will to abandon oil. Some folks give lip service to emission reduction, but almost no one is refusing oil.

· We are using very toxic petroleum products to extract toxic oil and gas. If the Bush regime had not exempted oil and gas production from all environmental laws, most current US extraction would be illegal – and it ought to be illegal. Gas and oil are themselves toxic and explosive, and many (or most – the data is secret) chemicals used in fracking are carcinogenic and/or otherwise objectionable.

· Dr. James Hansen and his 16 co-authors produced a plan in 2013 to quickly step down emissions using a 6% reduction in emissions per year. It is a realistic approach to a difficult problem that will require sacrifices. The rate of reduction (set to keep us in a climate like that of the Holocene or the last 11,700 years, during which humans have flourished) is stiff, and risks tamping down economic growth. But doing nothing leads toward total collapse when oil becomes prohibitively expensive and/or scarce. Unfortunately, Hansen’s plan appears to be a non-starter. There is simply no broad movement to refuse oil. Eventual collapse looms before us.

· Fifty percent of our Industrial-Age carbon emissions have been put out since 1986 – twenty-nine years. We are blindly addicted to trying to continue our ever-increasing burning of oil.

· Sixteen and a half million new vehicles were sold in the US last year – that rate of purchasing, which has been over 16 million for many years – reflects a rejection of mitigation and a preference for more oil and more vehicles. We have a huge investment in our fleet of vehicles, even in the face of clear evidence that we are short on oil and facing a chaotic, warming planet.

· Eighty-two percent of US total energy (2013) is generated from fossil fuels. Reducing that toward zero and changing our infrastructure to accommodate a new energy paradigm seems impossible, because:

o We have not even started to engage the issue;

o We have not had a rational debate about whether we can do it or want to (our policy “debates” are dysfunctional);

o We have not discussed designs, selected technologies, or prepared feasibility studies;

o Vaclav Smil suggests that replacing our energy infrastructure so as to run on renewables is a very slow and very expensive process – taking a century or more;

o It isn’t just the US. All these are global problems that cannot be solved efficiently in isolation. CO2 (and other pollutants) are global in scope and require global abatement;

o We don’t know how to finance this transformation;

It is time we engaged in a vigorous public political debate on these issues on the practicalities, not symbolically as part of fruitless culture wars. The time to worship idols is over.

Tom Giesen is an Adjunct Instructor in PPPM at the University of Oregon, teaching Natural Resource Policy.
——