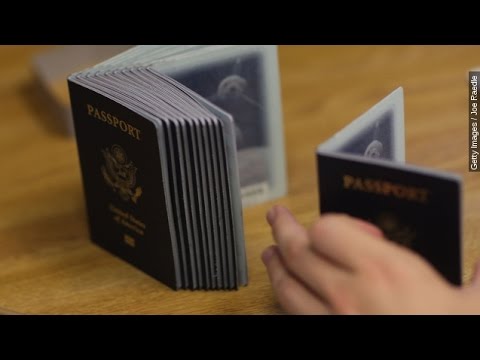 It has been the position of the US presidents for decades that the status of Jerusalem in international law is unsettled. That is why the US embassy is in Tel Aviv, and why US passports showing the place of birth as Jerusalem just list the name of the city without indicating a country. The Supreme Court on Monday upheld the president’s right to make this determination, in a 6-3 decision. Justice Kennedy, writing for the majority, found that Congress was not given by the constitution any role in recognizing other countries (or parts of other countries), and that in contrast the constitution gives the president this prerogative.

The issue began with a 2002 law passed by Congress instructing the executive to let Americans born in Jerusalem list Israel as their birthplace. The State Department refused to comply, denying Menachem Zivotofsky a passport that listed his birthplace as Jerusalem, Israel. His family sued under the 2002 law. The Supreme Court just struck down that law as unconstitutional.

No one is bringing up that a lot of Palestinian-Americans born in Jerusalem would like their passports to read “Jerusalem, Palestine”.

The law was pushed by the American Israel Public Affairs Committee, a powerful umbrella group for thousands of pro-Israel lobbies. These lobbies in turn play a major role in funding political campaigns, so that AIPAC has gained outsized influence on Congress. Jewish-Americans are less than two percent of the population, but those who strenuously support Israel on a “my country right or wrong” basis can usually get their way on congressional votes. They are aided, often, by evangelical Christians and also by old-time liberals who grew up before Israel entered its current Apartheid phase. Prominent right-Zionist congressional representatives have attempted to use Congress to push the US to recognize Israeli sovereignty over Jerusalem.

The Israel lobbies have never been as strong with regard to the presidency or the courts as they are with regard to Congress, however. The Supreme Court decision showed the limits of their power. The reason this point is important is that the Israeli occupation of Palestine is increasingly being litigated not in national legislatures, where a lobby can sway votes, but in courtrooms. If the occupation and its Apartheid policies ever go to the International Criminal Court, the ICC will certainly rule against Israel. It already has, in a 2004 advisory opinion. Since the ICC is respected by signatories of the 2002 Rome Statue, in turn, that bodies ruling would be widely influential, including in Europe.

SCOTUS just showed what happens to such political campaigns for support of colonialism when they go to a court in a country with a rule of law.

The United Nations General Assembly in 1947 put forward a partition plan for the British Mandate of Palestine, giving the one-third of the population that was Jewish far more of the territory than the 6% it actually owned. The UN Security Council never signed off on the plan, so its status in international law is unclear. It was in any case overtaken by the 1948 war in which Israel took even more territory and consolidated borders far beyond what the General Assembly stipulated. But the UNGA envisaged that Jerusalem would be an international city not dominated by either Israelis or Palestinians.

In 1967 Israel unilaterally overturned the UN partition plan entirely, grabbing the Gaza Strip, the West Bank and Jerusalem and thereafter settling them and integrating them into Israel, while keeping millions of subject Palestinians stateless and without rights.

The rest of the world sees the status of Jerusalem as unsettled and as something that will be determined by final status peace talks between Israel and the Palestinians. In the meantime, Israel has illegally annexed all of Jerusalem, surrounded it with squatter settlments built on stolen Palestinian land, and found pretexts for expelling large numbers of Palestinians from their homes in East Jerusalem. The UN Security Council passed several resolutions on Jerusalem roundly condemning Israeli annexation. It should be remembered that one of the justifications given by the Neocons for attacking Iraq was that it had ignored UNSC resolutions. UNSC on Jerusalem:

7. Decides to remain seized of this serious situation.’ ”