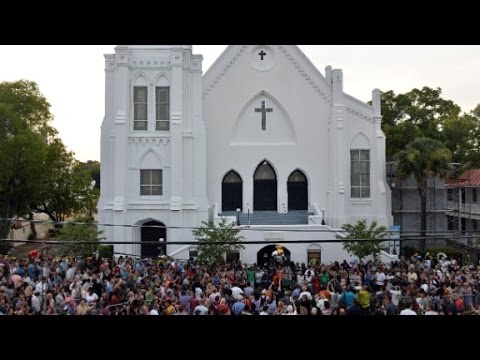 The Muslim-hatred of the Geert Wilders and Marine LePens in Europe, for which Daniel Pipes, and Pamela Geller, and the whole Islamophobic network are cheerleaders and enablers, was a key influence on Dylann Roof, according to his manifesto. These same hatemongers helped whip Norwegian white supremacist and terrorist Anders Brevik into a homocidal fever pitch in July of 2011, when he killed 77 Norwegians for allegedly being soft on Muslims.

Back in South Carolina, Roof wrote that he first became politically aware with the Trayvon Martin case, in which he strongly took the side of George Zimmerman. He continued:

From this point I researched deeper and found out what was happening in Europe. I saw that the same things were happening in England and France, and in all the other Western European countries. Again I found myself in disbelief. As an American we are taught to accept living in the melting pot, and black and other minorities have just as much right to be here as we do, since we are all immigrants. But Europe is the homeland of White people, and in many ways the situation is even worse there. From here I found out about the Jewish problem and other issues facing our race, and I can say today that I am completely racially aware.

Where would he have found allegations that white Europeans are being victimized by immigrants? Here is what I wrote about Anders Breivik:

“Breivik’s passions were whipped up, according to his diary, by reading anti-Muslim hatemongers such as Robert Spencer, Pamela Geller and Daniel Pipes (whose “Campus Watch” is an Israeli settler-oriented attempt to deny tenure to American academics critical of Israel’s oppression of the stateless Palestinians, and to harass more senior professors with character assassination).”

It was apparently similar writings and web sites that made Roof “completely racially aware.”

Unhinged millionaires and bigoted gadflies have a network funded by tens of millions of dollars. It is aimed at disenfranchising Muslim Europeans and Muslim-Americans and putting them under social pressure.

Ironically, some groups connected to the Islamophic Network are, like Geller and Pipes, Jewish. But their anti-immigrant, anti-Arab and anti-Muslim rhetoric backfired on them in Roof’s case, since he went on heartily to hate Jews, as well. Many American Jews, he held, are pro-African-American, and so he abhorred them, as well.

That far right wing Jews would be trying to teach white people to hate non-Christians boggles the mind, since nothing could be more injurious to the American and European Jewish communities.

But the biggest irony is that their agitation against European Muslims should have helped inspire Roof in South Carolina to kill 9 African-Americans.