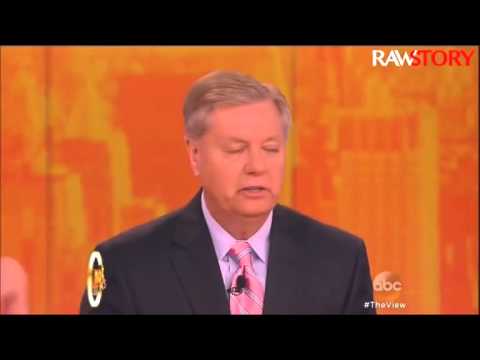 Sen. Lindsey Graham (R-SC) in my view never had any chance of becoming president, though he has thrown his hat into the ring for the Republican nomination. So it would be an overstatement to say that he lost the opportunity because of his maladroit response to the horrific act of racial terrorism committed by Dylann Roof in Charleston.

Since the core of the Republican Party is now white southerners, however (and this was visible when the party took a bath in 2008 and was largely reduced to congressional delegations from the South), Graham’s response to the attack tells us something key about the state of that party.

Graham defended flying the Confederate flag on the grounds of the statehouse, saying that it is “an integral part of who we are.”

As I pointed out a couple of days ago, however:

Some 73 percent of whites there believe that the Confederate flag should fly not just on the grounds of the statehouse but above its dome, as used to be the case a decade ago. 61% of African-Americans disagreed.

When Graham said “a part of who we are,” he was referring to South Carolinians who consider themselves white — and even about a quarter of those don’t agree that the Confederate flag should fly at the statehouse. The vast majority of African-Americans is on the other side of that issue. At this crucial juncture in our nation’s history, Graham was unable to speak for all the people of his state, much less all the people of our nation. He could only speak for the two-thirds of South Carolina that is white– and not even for all of them.

He also joined in GOP strategist and Fox News chief Roger Ailes’ despicable attempt to whitewash the racism of Roof’s attack by suggesting that this assault had targeted “Christians.” He said, ““But it’s 2015. There are people out there looking for Christians to kill them.” Roof was himself a church member and could have found “Christians” closer at hand in his own congregation if those were his target. This meme was a contemptible attempt to hijack anti-Black violence for the ridiculous claim that Christians are discriminated against (e.g. when they aren’t allowed to themselves discriminate against gays) at the same time that it formed a sleight of hand designed to take attention off racial inequality. Roof said he wanted to start a race war because African-Americans had taken over his country.

Graham also suggested that Roof is mentally ill, despite there being no evidence for this assertion. He was eager to deny that the church shooting was a window into the soul of South Carolina (hell, it was window into the soul of the United States of America!) Graham raced ahead to #9 of my ways white terrorists are treated differently .