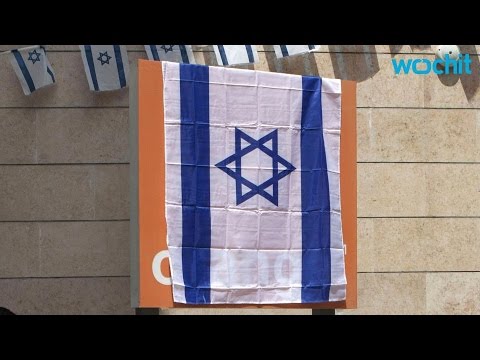 Stephane Richard, the CEO of the French telecommunnications company Orange embroiled himself in an international incident on Wednesday during a visit to Cairo, when he said that his company would withdraw its logo from the Israeli market “tomorrow” if he could. The reason is that the Israeli firm Partner, to which Orange licensed its brand name, has built 100 telecommunication antennas on confiscated Palestinian land. Partner telecom has about 28% of the Israeli market. Richard did also say that he understood that the investment in the settlements was also an issue in the Arab world, into which Orange wants to expand further.

The issue is not boycotting Israel proper. Richard would have had no problem with doing business with a Tel Aviv firm that had no West Bank presence. The issue is profiting from a vast project of illegal theft of an occupied people’s property. But the controversy signals something I predicted: As mainstream Israeli companies become more and more intertwined with West Bank settler investments and partners, all Israeli businesses risk getting caught up in BDS (the campaign to boycott, sanction and divest from Israeli firms implicated in the settlements). A similar dilemma hurt the Sodastream company, which suffered economic reversals after it advertised at this year’s Superbowl, drawing attention to itself. Many American consumers were disturbed to discover that one of the company’s factories was in the West Bank (it has since been closed), and they launched a boycott campaign against it.

Since the French foreign ministry (like those of the UK, the Netherlands and other European countries) has advised the country’s corporations not to partner with Israeli firms doing business in Israeli squatter settlements on the Palestinian West Bank, critics had argued that Orange is contravening French policy.

The reason for the foreign ministry warning is that European firms making money from the illegal Israeli squatter settlements on the Palestinian West Bank could theoretically be sued in European courts under the Rome Statute and under a 2004 finding of the International Criminal Court that the squatter settlements contravene international law. Orange’s Richard is eager to avoid such a lawsuit now that Partner has dragged the company’s brand into the settlement controversy.

In 1998, when Orange was owned by the Chinese corporation Hutchison, it did a deal to lend its brand to the Israeli firm “Partner,” a cell phone company. Two years later, Orange was acquired by France Telecom, which is partially government-owned. Orange doesn’t actually have any operations of its own in Israel and owns nothing there, it just allows Partner to display its brand. Presumably Israeli cell phone subscribers are more impressed by a global brand like Orange than they would be by “Support,” which actually provides their communications. A controlling interest in Partner telecom was bought by billionaire Haim Saban last December.

Richard is therefore between Scylla and Charybdis. If he broke the brand licensing agreement with Partner before it ran out, he could be sued for breach of contract. But if he continues to make money from Partner as it expands into the settlements, he could be sued in Europe for profiting from illegal squatting and expropriation. He said, according to The Guardian, “If you take those amounts on one side and on the other side the time that we spend to explain this, to try to find a solution and the consequences that we have to manage here but also in France, believe me it’s a very bad deal. . .”

In short, Richard’s comment has nothing to do with “boycotting the Israeli state,” contrary to what Netanyahu maintained. It is about the squatter settlements and their illegality. It is about profiting from an epochal crime.

I wrote last winter regarding the Sodastream controversy:

“The European Union has decided to use its economic clout to push back against the clear Israeli determination to annex the whole West Bank while keeping its indigenous Palestinian population stateless and without the rights of citizenship.

That is, the growing international movement to divest, boycott and sanction the squatter institutions on the Palestinian West Bank is unlikely only to affect the latter over time. There is increasing danger of Israel proper being subjected to boycott because it is so tightly intertwined with the settlers.”