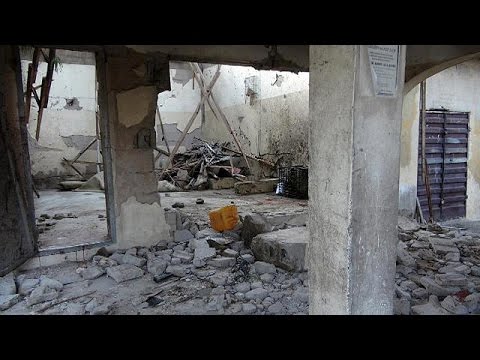 NEW YORK (IPS) – Muhammadu Buhari, his hand on the Holy Book, was sworn in as Nigeria’s president at an open-air ceremony this past Friday in the capital city of Abuja. His speech acknowledged many of the challenges facing the largest democracy in Africa but offered hope that these challenges could be met.

Giving thanks to God “who has preserved us to witness this day and this occasion,” he recognised with appreciation the millions of supporters who waited long hours in the rain and hot sun to cast votes, who carried on the campaign on social media, and even to those who voted for his opponent, former president, Goodluck Jonathan.

“These countrymen and women contributed to make our democratic culture truly competitive, strong and definitive,” he said.

A Muslim by birth, Buhari addressed concerns of some the nation’s Christian community, saying: “I intend to keep my oath and serve as President to all Nigerians.”

After listing the nation’s most intractable problems – pervasive corruption, insecurity due to a terroristic insurgency, dire fuel and power shortages – he sounded a rallying cry. “We can fix our problems,” he said. One reporter called expectations of the population “catastrophic.”

Specifically, in the case of Boko Haram, the insurgent group, a new strategy was unveiled that would move the Army Command and Control Center from the capital Abuja to the insurgents’ home base in Maiduguri “until the group is completely subdued.”

“But we cannot claim to have defeated Boko Haram without rescuing the Chibok girls and all other innocent persons held hostage by insurgents.”

“We as Nigerians are heirs to great civilizations,” he said referencing history. “Shehu Othman Dan fodio’s caliphate, the Kanem Borno Empire, the Oyo Empire, the Benin Empire and King Jaja’s formidable domain. The blood of those great ancestors flow in our veins. What is now required is to build on these legacies, to modernize and uplift Nigeria.”

Working people – “labor unions, organized private sector, the press and civil society organizations” – must unite to raise productivity so that everybody will have the opportunity to share in increased prosperity, he said. He tipped his hat to the Nigerian press – “the most vibrant in Africa“ – but asked them to exercise their powers with responsibility and patriotism.

The speech closed with a quote from Shakespeare’s Julius Caesar that speaks of “a tide in the affairs of men which, taken at the flood, leads on to fortune,” and closes with “We must take the current when it serves, Or lose our ventures.”

“We have an opportunity,” the new president reiterated. “Let us take it.”