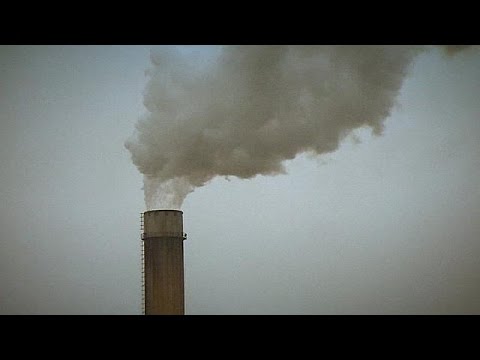 The Dutch government has put its citizens in danger by failing to address greenhouse gas emissions, a court [has] ruled . . . In a landmark verdict, the judge said the government “must do more to avert the imminent danger caused by climate change” and ordered it to reduce CO2 emissions by 25 per cent by 2020 compared to 1990 levels. This is the first time that a state has been held responsible for climate change action under human rights law. The case, brought by 900 citizens with Dutch NGO Urgenda, was supported by the recently agreed Oslo Principles, which hold governments responsible for their country’s carbon emissions. It may be the first case of its kind, but it will not be the last – already Belgium has launched a similar case against its government and Norway is planning to do so, while in the Philippines citizens are demanding legal action on fossil fuel companies. The results are a massive boost to those who are calling for those responsible for climate change to be brought to account. With today’s verdict a timely reminder that governments have a duty to act on climate change, and as countries submit their climate action plans ahead of the UN climate talks in Paris this December, all eyes will be on how governments turn this obligation into real action.

“The Hague District Court has ruled today that the State must take more action to reduce the greenhouse gas emissions in the Netherlands. The State also has to ensure that the Dutch emissions in the year 2020 will be at least 25% lower than those in 1990. […] The State must do more to avert the imminent danger caused by climate change, also in view of its duty of care to protect and improve the living environment. The State is responsible for effectively controlling the Dutch emission levels. Moreover, the costs of the measures ordered by the court are not unacceptably high. Therefore, the State should not hide behind the argument that the solution to the global climate problem does not depend solely on Dutch efforts. Any reduction of emissions contributes to the prevention of dangerous climate change and as a developed country the Netherlands should take the lead in this”. – Dutch court ruling

“All the plaintiffs are overjoyed by the result. This makes it crystal clear that climate change is a huge problem that needs to be dealt with much more effectively, and that states can no longer afford inaction. States are meant to protect their citizens, and if politicians will not do this of their own accord, then the courts are there to help. It’s all up to the State now. Luckily, sustainable solutions are ripe for the picking.” – Urgenda director Marjan Minnesma

“This climate case is the first court case in the world in which a state is held accountable in this way. […] Of course no single country can prevent climate change, but we claim that this does not relieve the state of its individual legal responsibility for its own emissions that contribute to climate change. There is enormous interest in our approach. ” – Urgenda director Marjan Minnesma

“In this landmark case, Urgenda argues that the Dutch target is not adequate to prevent dangerous climate change and, as a result, poses a threat to the human rights of people and communities in the Netherlands. Specifically, Urgenda claims that the Dutch government’s failure to take ambitious action threatens the rights to life and to private and family life, as established under international human rights law and applied by statute under Dutch law. This argument is well supported by law and science. The international community has recognized that climate change is one of the greatest human rights challenges of our time, yet the individual and collective actions taken by countries such as the Netherlands do not reflect the sense of urgency that science dictates. This is a critical moment–the Netherlands and countries around the world must be held to account to protect the right to a safe climate in the name of youth and future generations.” – Alyssa Johl, Senior Attorney at the Center for International Environmental Law

“Courts can force countries to adopt effective climate policies. Court cases are perhaps the only way to break through the political apathy about climate change[…] it is just a matter of applying existing law, although undoubtedly not all judges will be open to this. Judges with the courage to give a ruling on this will one day be applauded, whereas those who don’t will eventually be tarred and feathered.” – Jaap Spier, Advocate-General to the Dutch Supreme Court

“The fight against climate change has entered the courts and this judgment will not be the last. Ignoring the threats posed by climate change does not relieve EU policymakers of their responsibilities. Failure to tackle climate change will lead to a plethora of court cases as people hit by the consequences, from heat waves to flooding and health problems, demand compensation. Now is the time to act and make our energy and climate policies fit-for-purpose.” – Pieter de Pous, Policy Director, European Environmental Bureau (EEB)

“It shifts the whole debate. Other cases are pending in Belgium and the Philippines. This is the start of a wave of climate litigation.” – Jasper Teulings, General Counsel, Greenpeace

“The verdict is a milestone in the history of climate legislation, because it is the first time that a government was ordered to raise its climate ambition by a court. We hope this kind of legal action will be replicated in Europe and around the world, pushing governments who are dragging their feet on climate action to scale up their efforts. At the same time, the task specified by the ruling is not too challenging. The target should be much higher than 25% in order to be truly in line with what is needed to tackle climate change.” – Wendel Trio, Director of Climate Action Network Europe

Dutch climate case: a call for action to all governments
China gives environmental groups the power to sue polluters