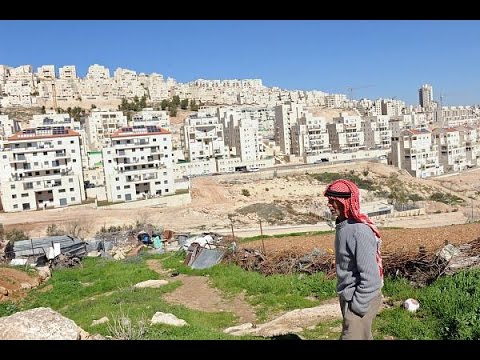 United Nations (UN) Special Rapporteur Makarim Wibisono, today, repeated his call for the Israeli occupation to abandon its plans for the forced relocation of Palestinian Bedouins in the West Bank.

PNN reports that Wibisono condemned Israeli plans for the forcible removal of several Bedouin communities from their lands in the West Bank, saying that he was “alarmed at indications that the roll-out of plans, which in their full effect are believed to entail the forced eviction and forcible transfer of thousands of people, contrary to international human rights law and international humanitarian law, now appears imminent”.

Together with UN Special Rapponteurs, Wibisono expressed concern and urged the Israeli government to reconsider and halt its plans. However, he did not receive a response from the occupation.

In March 2015, Wibisono made a report to the Human Rights Council which indicated that around two-thirds of those who would be affected by the forcible removal are children.

He also expressed his concern that the implementation of these plans would ‘further undermine the territorial intergrity of the Occupied Palestinian Territories (OPT).

United Nations officials had previously become alarmed at the rapid progression of these plans, especially concerning the removal of Abu Nar residents.

Wibisono has received no response to his requests to visit Israel and the OPT, and in light of this intends to undertake his second mission to the region this month. He has said that he wishes to meet with victims, witnesses and all concerned parties to discuss the human rights situation in the West Bank, East Jerusalem and Gaza.

This Israeli project has been nicknamed ‘E1′, and according to the United Nations Office for the Coordination of Humanitarian Affairs (OCHA) and the UAWC follow up, will seize 1460 acres currently the home of around 12,500 Bedouins living in 46 communities. The project will “give” about 450 Square meters for every Bedouin family, with restricted permits of use; they can build only one story for housing, and another one of 25 square meters as a forage store for their livestock. This allocation is horrifically inadequate and may push families to sell their sheep, become workers in the settlements and transform them into consumers instead of producers.