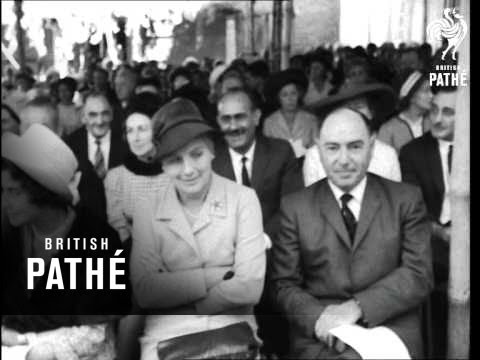 When the perpetrator in the horrific massacre at the Emanuel AME church in Charleston was first publicly identified as Dylann Storm Roof, a near-instantaneous Twitter trawl of his social media uncovered his Facebook profile picture.

In the picture, Roof sports two flag patches on his left breast: the apartheid-era flag of South Africa and the flag of white Rhodesia, the colonial predecessor to current day Zimbabwe.

Most have at least a cursory understanding of the racist violence of apartheid in South Africa. Fewer are familiar with the history of Rhodesia, the short-lived pariah state that fought a vicious and dirty war rather than acquiesce to the British desire for its colonies to transition to majority (read: black) rule in the mid-1960s.

But this flag and its history provides crucial context for Roof’s actions, perhaps even more so than the Confederate flag. If you wanted to look for a historical example of the kind of apocalyptic “race war” that white supremacists like Roof always claim to be fixing for, you’d be hard-pressed to find something resembling it more than the conflict between Rhodesia’s white settler government and black nationalist Zimbabweans.

Shortly after the British colony of Northern Rhodesia transitioned to majority rule, independence, and its new name of Zambia, the colony of Southern Rhodesia– in defiance of British and international pressure– dropped the “Southern” and declared its own independence under the leadership of Ian Smith and his Rhodesian Front party.

Smith’s unilateralism came at an immense cost, alienating both the UK’s Labour government under Harold Wilson and Lyndon Johnson’s Democratic administration, which was pursuing its own civil rights agenda at the time (and its own post-colonial war in Vietnam). As post-colonial struggles were intimately bound in the dynamics of the Cold War, China and the Soviet Union’s support for “third world” liberation and post-colonial movements across Africa and the world ensured Rhodesia’s pariah status, and solid support for the armed opposition.

The Rhodesian government and its white settler constituency faced steady opposition from black nationalists, whose efforts became increasingly militarized throughout the sixties and seventies. Known by Rhodesians as the Bush War and Zimbabweans as the Chimurenga (liberation war), the conflict took the form of traditional post-colonial insurgency, with rival factions of rebels using guerrilla tactics against a numerically inferior but qualitatively superior colonial force that felt it would have nowhere to go in the case of defeat.

With almost no international recognition and significant sanctions from the UN Security Council, Rhodesia’s support came instead from neighbors also holding out against the post-colonial tide, namely Portuguese patrons fighting insurgencies in the colonies of neighboring Mozambique and nearby Angola, and apartheid South Africa.

But the collapse of Portugal’s military dictatorship in 1974 imperiled the Rhodesian government’s position, in terms of both its diplomatic isolation and its strategic situation. Surrounded by hostile Zambia and now FRELIMO-controlled Mozambique, the tenor of fighting between African nationalists (split into rival ZANU-PF and ZAPU factions) and the Rhodesian government grew more and more brutal.

In 1976, a contingent of Rhodesia’s infamous Selous Scouts special forces unit carried out Operation Eland, in which they disguised themselves as Mozambican forces before massacring over 1,000 nationalist guerillas encamped at Nyadzonya. Nationalist guerillas meanwhile sought to pressure Rhodesia by using mines and IEDs to target vehicles in government-controlled areas, bombed businesses, and downed Air Rhodesia airliners with portable surface-to-air missiles.

In the most disturbing (and forgotten) episodes of the war, there is significant evidence that the Rhodesian government deployed chemical and biological weapons against its opposition. Tactics included lacing food and uniforms with fatal doses of toxic chemicals before distributing them in the rebel-controlled countryside; poisoning wells and intentionally spreading cholera; and an intentional anthrax outbreak that decimated tribal cattle stocks, infected 10,000 Zimbabweans, and led to the deaths of 138 black Zimbabweans from cutaneous anthrax.

But even despite such apocalyptic efforts, the war was unwinnable for white Rhodesians. A late settlement between Smith’s government and more “moderate” nationalists led to a brief, bi-national country of Rhodesia-Zimbabwe, but power soon fell to Robert Mugabe’s ZANU-PF, holding power ever since and ending Rhodesia once and for all.

There are, of course, plenty of commenters looking to downplay the influence of race in Roof’s actions. Fox News has already run a particularly dumbfounding segment in which the attack is discussed as an attack on Christians, as if it were some kind of logical extension of their ballyhooed “War on Christmas”. But Dylann Roof’s proud identification with such a regime and its race war are telling. Few flags represent racialized violence quite as sharply as that of white Rhodesia, a flag whose historical implications belong alongside the swastika.

Knowing this, it is nearly impossible then to not hear the echoes of Rhodesia’s racist apocalypse in Roof’s alleged pre-shooting declaration to his victims that “You rape our women, and you’re taking over our country, and you have to go” or the claims of his confidants, who mention his desire to start “a civil war”. Perhaps the fact that he proudly sported such a flag alongside his Confederate States of America license plate will finally put an end to the empty blathering that the Confederate flag can somehow be separated from its history of racial violence. Its defenders must be called to account, forced to answer how this young man’s inspiration from one white supremacist regime can be somehow distinguished from his support of another.