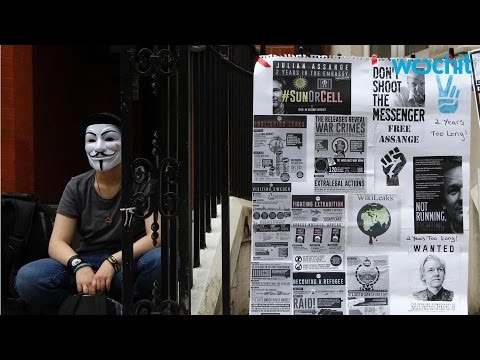 The half million leaked cables to be released about Saudi Arabia’s foreign policy by WikiLeaks, which have sparked debates across the Gulf’s social media, offer an invaluable insight into the kingdom’s foreign policy.

The information in the leaked cables range from issues with visas being granted by the absolute monarchy to female singers to regional and international policies. Reading the leaks you can reach several conclusions.

A. Saudi Arabia can be pragmatic

One of the cables reveal that the sister of a well-known Shia cleric approached Saudi Arabia for donations. Al-Sadr charity foundation is named after Mosa Al-Sadr, who is the founder of the Lebanese Shia party AMAL, a group closely affiliated with Hizbullah.

Despite the widely used narrative of the Sunni-Shia conflict in the Middle East, the kingdom’s decision was to provide support the foundation with financial support without publicizing it. That indicates that they’re trying to create alliances with ideological rivals. The sectarian divide is more a matter of conflict of interest unlike what a lot of media outlets try to portray.

The amount of cables addressed to the former Foreign Minister Saud Al-Faisal is huge. The fact that he was briefed on matters of so little significance shows that he was micro-managing the foreign department.

This cable shows how Al-Faisal asked the Ministry of Information to give him the name of the boy scouts selected for an exchange programme in the United States, a task that is usually assigned to a low-level clerk anywhere else:
Reply to the request by the former foreign minister Saud Al-Faisall to get the name of the selected bpy scouts for the US exchange programme

C. Totalitarianism is an underestimation

Where does state control stop? In the case of the Gulf monarchies, we might need a bit of time to answer such a question. The cables show that state hand can reach even to your personal and family life. This cable shows how a Syrian citizen whose sister is married to a Bahraini judge had a dispute during a phone call with his sister, which led him to be questioned by the Saudi intelligence until he signed a paper saying the dispute was resolved.

D. Money is the key to gaining power

The amount of influence Saudi Arabia has can be seen through the amount of financial resources it employs. Money can be used as a way to finance supporters, like in the case of the Lebanese politician Samir Geagea, the leader of the Lebanese Forces (LF), a Christian political party and part of the March 14 Alliance. In the cable below, Geagea calls for financial help from Saudi Arabia to pay for his personal protection:

The cables also show that Saudi money is used to finance television channels which share their views and work for their interest, like the Lebanese MTV channel. A cable says the channel requested 20 million US dollars but received only 5 million US dollars with the condition that they provide a plan on how they will guarantee the interest of the kingdom in their coverage.

MTV Lebanon asked for 20 million and received 5 from Saudi on the condition of providing a work plan the guarantees Saudi’s interest. [N.B. The Lebanese MTV is not related to the American one. -Ed.]

Saudi money, according to the cables, is also used to threaten channels that air material the Saudi government doesn’t favour. For instance,this cable reveals that the Saudi ambassador to Cairo scolded Naguib Sawiris, the billionaire owner of ONTV, for hosting Saudi dissident Saad Alfaqih. The cable says Sawairis promised to refrain from doing that in the future and offered to host the Saudi ambassador to refute what Alfaqih said.

What’s even more interesting is how the kingdom is reacting to the leaks. They haven’t tried to refute their authenticity, but an official from the Foreign Ministry has commented, saying: “The leaked document doesn’t contradict the publicized foreign policy that the kingdom adopts.”