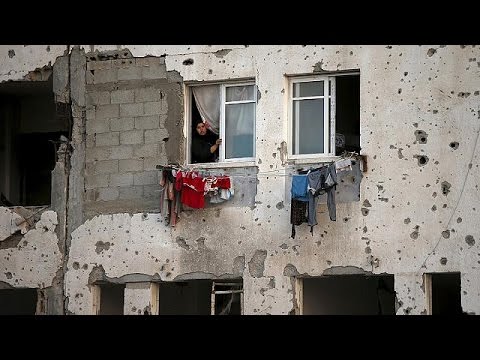 The document titled “The 2014 Gaza Conflict, 7 July – 26 August 2014: Factual and Legal Aspects” released by the Israeli government on May 2015 reeks of the sort of compromises in content that unhappy committees produce. Also the blood of the innocent. Read it and you cannot help but picture sullen negotiations between soldiers, spies, lawyers and party politicians demanding the inclusion or exclusion of this or that item or the revision of language in this fragmented legal brief-esque collection of words, maps, graphs and photos. Internal conflict like that is hardly conducive to drafting a nicely integrated statement with content that convinces because it moves effortlessly from point to point. This text is broken.

Much of the problem is that some of the authors of this legal brief-like document insisted on larding it obvious propaganda devices. My guess is that it was the party politicians, but perhaps all of the authors are guilty. Here are the most common:

1) Blame the Victim: assert that Hamas is actually responsible for Palestinian civilian casualties because of ‘friendly fire’ rocket attacks and discouraging Palestinians from leaving areas the Israeli Defense Force (IDF) have announced will be targets. Efforts made by Israel to defend its citizens with air raid shelters are carefully detailed elsewhere in the document, perhaps to suggest to the unwary that the residents of densely populated Gaza have somewhere safe to find shelter during the IDF’s high tech aerial bombardments.

2) Minimization of Wrongdoing: quibble about numbers to assert that many of the Palestinian casualties were actually combatants and “we just don’t know” about the status of many others. To be sure, it must be difficult for Israeli authorities to determine the international legal status of the human beings whose bodies were torn apart and buried under the rubble of their homes, shops, schools and places of worship. Poor things.

3) Dehumanize Palestinians; Humanize Israelis: where the 2,125 Palestinian dead are treated as population to be described with percentages, the six Israeli civilian dead are individually named and the manner of their deaths described. To devote a paragraph to each of the approximately 800 Palestinians the authors are willing to describe as civilians would have doubled the length of the document. Then there is repetition of the idea that Israelis suffer psychological harm from rockets fired from Gaza without discussing the psychological harm to the residents of Gaza from perpetual confinement in the world’s largest open air prison, suffering food, water, medicine and fuel shortages, and subjected to periodic aerial bombardments that kill thousands. Now that would be psychologically stressful.

4) Focus on Palestinian Weapons; Downplay Israeli Weapons: display the number of rockets and mortar shells fired from Gaza in graphs but not numbers and tonnage of bombs dropped and artillery shells fired into Gaza. To do otherwise would highlight the pathetic asymmetry of the war.

5) Ignore Crucial Context: discuss the history of this nightmare sparingly so as to avoid hinting at Israeli responsibility for having provoked some among a profoundly frustrated population to acts of impotent rage. Reading the document would make the unwary think that the causes of this ‘war’ go no farther back in time than 2001. Those who know something of the history of Palestine will be impressed that material about the period from 1917 to 2001 is too sensitive to be addressed. Imagine the authors sitting around a conference table thinking something like this: “Whatever we write we cannot mention how all those Palestinians ended up in Gaza. Also we can’t describe them as refugees.”

6) Pretend Dismay; Ignore Political Advantage: the forbidden truth is that killing large numbers of Palestinians is good for the careers of Israeli soldiers, spies, diplomats and party politicians. They can count on being rewarded with promotion, reelection and higher office so long as they also engage in the sort of hypocrisy represented by this document. Majorities of Israeli Jewish voters like a short ‘war’ with a obscenely lopsided body count. What’s more, the 2014 massacre is likely to lead to future massacres that will also be good for careers.

There are other obvious propaganda devices in the document, including euphemism, vilification, and a favorite of all national security apparatuses, claiming that evidence cannot be provided without endangering intelligence sources. There are surely more to be found if this is used as a ‘find the cheap rhetoric’ assignment in a college English or Communication course. (Reading aloud it with the same goal would turn it into a college drinking game.) So outside of academia, what should we make of The 2014 Gaza Conflict, 7 July – 26 August 2014: Factual and Legal Aspects? Perhaps it is best understood as what University of California anthropologist Michael Taussig called a “public secret,” the performance of something known that cannot be articulated and as it is being performed, displays power. Here the power being displayed is mass murder committed with impunity.

John Hickman is Professor in the Department of Government and International Studies at Berry College and author most recently of Selling Guantanamo: Exploding the Propaganda surrounding America’s most notorious military Prison (University Press of Florida, 2013)