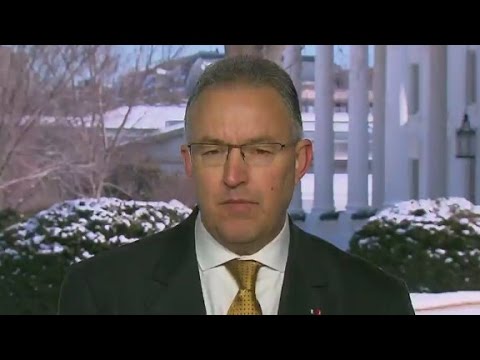 Recently, the head of the Dutch national police Gerard Bouman warned against the poison that was seeping into his organisation: Muslims were continually being forced to prove their loyalty. Has Islamophobia really come this far? And can what is happening now be compared to pre-World War II anti-Semitism? Some people consider comparisons like this an attempt to subvert criticism of Islam. But what is actually wrong in taking stock of the similarities and differences?

Many of the prejudices against Jews that circulated in Europe back then definitely have striking similarities with those against Muslims today. Both minorities are perceived to be disloyal to the state they live in and to be trying to dominate the world as the puppets of faraway powers. A falsified text from the nineteenth century was unearthed to substantiate these allegations against Jews; the text states that a bunch of sinister men, the Elders of Zion, were pulling the strings on a world stage. A similar thing is happening now to Muslims. They are thought to be henchmen controlled by the long arm of their countries of origin, urging them to introduce sharia law all over the world. Their dual nationality supposedly serving as proof.

Another similarity is that the majority of prejudices are horrific and brimming with distrust. They mainly allude to the culture of the minority in question and contain all kinds of horrors which are then randomly pinned onto various religious texts. For centuries, Jews were reproached for cheering at the crusifiction of Jesus. And they were said to put children’s blood in their unleaven bread. Likewise, Muslims are purported to be inclined to chop off hands and throw homosexuals from towers.

There are also differences. Lust for money, which has always been part and parcel of the package of prejudices against Jews, is not said about Muslims. However, what matters is that exclusionary mechanisms are set in motion as prejudiced rumours are passed on and repeated. They stick in the minds of well-meaning people and gradually undermine their willingness to resist excluding the minority group. That is precisely how the Nazis ensured they encountered less and less resistance to their measures against Jews.

Prejudices and exclusion have been familiar to me since my childhood. In the colonial Dutch Indies, I belonged to the white ruling class which excluded the Indonesian population from important rights. This was justified with dismissive prejudices, some of them about Islam which was, after all, professed by the majority of Indonesians. During the Japanese occupation, it was our turn to experience what it meant to be excluded. We were interned, as were all whites, behind barbed wire and realised that there was no point in escaping: as our skin colour would betray us immediately outside the camp. And as if that were not bad enough, our own family which had a Jewish background, was separated within the camp; the Japanese – following the example of the Nazis with whom they were allied – separated Jewish and non-Jewish white prisoners.

A tried and tested form of exclusion is the scapegoat mechanism. Blaming a minority for everything that goes wrong creates the illusion of social unity. For centuries, the Jews fulfilled the role of the scapegoat in Europe – and now it seems to be the turn of the Muslims. Suspiscion falls upon them a priori with every report of crime or terrorism.

A minority can also be mentally banished from society by declaring it is complicit in crimes perpetrated by people supposedly from their group. I say ‘supposedly’ because people are assigned to a category without their consent and are held responsible for the actions of individuals or a group within it. Time and time again, they are held accountable for deeds in which they had no part whatsoever. For instance, Muslims are called to account for atrocities committed by IS in the Middle East. In the 1930s, Jews were blamed for the economic crisis; and today for what Israelis are doing in the occupied Palestinian territories.

Another similarity is the way in which minorities are silenced when they try to speak out against the way they are treated. They’re told that they’re being oversensitive, that they’ve only themselves to blame, that they always stick together instead of adapting. For years, non-Western immigrants were told they would no longer suffer discrimination once they were integrated. Now that most of them are, they still find themselves at a disadvantage because of their origins. Jews were not only intergrated, most of them were assimilated, but that did not save them from expulsion and violence. And they too were said to have called all of it upon themselves.

In past centuries, prejudices and exclusionary mechanisms led to periodic outbreaks of violence both against Jews and against Muslims. Both minorities were driven out of Spain after the Reconquista, when the Turkish empire was pushed back out of Europe, it led to Muslims being expelled by force; and, in Eastern Europe, Jews were terrorised in pogroms.

However the significant difference between all this terrible violence and that of the Nazis was that the latter had conceived a consummate system. They drove Jews into a trap of ever constricting circles: they were banned from certain jobs and public transport, then herded together in designated areas from where they were transported to ‘normal’ internment camps and finally to death camps. In each succesively more constricted circle, they were made accomplices in their own fate by forcing them to make pseudo choices between bad and worse. To make sure that the guilty conscience of the perpetrators did not throw a spanner in the works, they were only assigned to a part of the machinery, so that the final objective of the process remained invisible. And ultimately the systematic destruction was hidden from sight by strict secrecy and the murder of witnesses. Hardly any of our relatives who lived in Europe survived this violence.

When we lay the similarities and differences of today’s Islamophobia and the anti-Semitism of the past next to one another, we see an important difference: the incorporation of Nazi violence into a cruelly constructed system. But does that mean that we can rule out new violence breaking out in Europe – this time aimed at Muslims? If only we could!
As Jews were not recognisable enough in public, they were made to wear a yellow star. Muslims may only be recognisable if they wear the symbols of their religion. However, if it ever came to this, we should fear that anyone who looks like they may be Muslim will be in danger. Luckily we still have time to turn the tide for the best.

Anne-Ruth Wertheim is a journalist and the author of various books including De gans eet het brood van de eenden op, mijn kindertijd in een Jappenkamp op Java (The Goose Snatches the Bread from the Ducks, My Childhood in a Japanese Prison Camp on Java, 1994). An Indonesian translation of the book was published in March 2008. She works with the concepts of exploitation/colonial racism (contempt or condescension) and cultural/competition racism (envy and distrust).