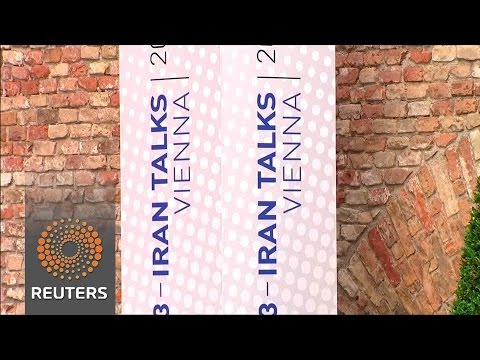 The Iranian press has reacted in a whole range of ways to the current round of negotiations at Vienna between Iran and the five permanent members of the UN Security Council plus Germany (P5 + 1) over its civilian nuclear enrichment program.

Moderates and liberals are understandably enthusiastic.

“Motahharnia: In my view, within the next decade, Iran and America will be two strategic allies. On the basis of foreign policy logic, in view of its domestic and foreign potentials, Iran should play an effective role in the club of world powers. I believe that if Iran plays her cards well in the field and if she can make good use of her assets, in the future she will be able to turn the G-20 club into the G-21 club, and she will be able to play an influential global role in the second layer behind the G-8 club…”

“After the Lausanne agreement [presumably final agreement], the pressures by political extremists in Iran will be reduced, although they will be making more noise and ballyhoo. All this noise and ballyhoo by political extremists is “escaping forward” [a show of defiance]. The extremists are worried that they may be asked why they did not act rationally at the time when they were in charge and why they raised the cost [of their actions] to the nation.

So Mottaharnia (whose Ph.D. is from the University of Hawaii) sees a nuclear deal as a huge geopolitical shift, allowing the US and Iran to form a new strategic partnership and profoundly weakening the hardliners inside Iran. He went on to suggest that this policy of the Obama administration was intended to outflank China’s New Silk Road initiative.

In contrast, over at Javan, Tehran, on 22 June 2015, Ja’far Takbiri predicted pessimistically that even if a deal is reached on Iran’s enrichment program, the US will retain substantial sanctions on Iran on the pretext that it is supporting “terrorists” like Hizbullah (while ignoring that the Shiite militias supporting Iran are the only hope of defeating ISIL/ Daesh). He covers the long history of US antipathy to the Islamic Republic, from Ronald Reagan backing Iraq’s war on Iran in the 1980s to the recent assassination of several nuclear engineers.

Likewise the conservative Khorasan said “A few people inside [Iran] are beating the drum of ‘deal at any price’ because of their political interests. They even consider the psychological effects of a deal to be more important than the principle of lifting of the sanctions, while, even from the perspective of an external observer, a bad deal will be of no help to the country’s economy; rather, under some circumstances, it may have negative effects for the economy.” (27 June, BBC Monitoring)

The Speaker of the Iranian parliament, Ali Larijani, said on Sunday that the US had already made the key concession, that Iran can enrich for nuclear fuel, and that Washington may as well now be reasonable and stop making more and more demands. (Likely he was referring to US desire to inspect Iranian military bases, which the country’s clerical leader, Ali Khamenei, has said is out of the question. – Islamic Republic of Iran News Network, Tehran, in Persian 0640gmt 28 June 2015

In general, moderates and liberals expect any deal to usher in vast changes in Iran’s economy and diplomacy, repositioning it as a growing Asian economy and a strategic ally of the US. Hard liners, downplay any expectation that loosening US sanctions will necessarily transform the economy, and expect US sanctions and interference in the Iranian experiment to continue even in the unlikely event that a deal is reached.