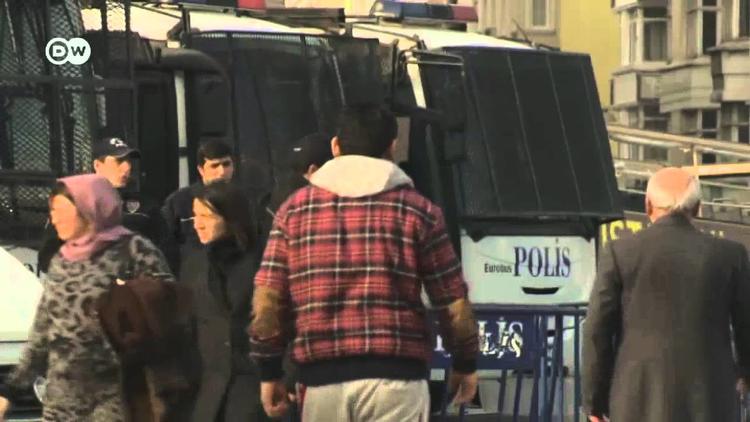 The Justice and Development Party (AKP) decisively lost its majority on Sunday, falling to only about 40 percent of the vote. The other sixty percent were for the most party divided between the old secular Kemalist party, the Republican People’s Party; a Turkish nationalist-chauvinist party; and a pro-Kurdish list, the People’s Democratic Party (HDP). About 20 percent of Turks are ethnic Kurds, who feel discriminated against, and for the first time they are represented in parliament not by independents but by an organized political party. The results are a major setback for President Tayyip Erdogan, who had wanted the kind of majority that would have allowed him unilaterally to change the Turkish constitution so as to transform Turkey into a French-style presidential system more like that in Egypt than like that in the UK or Spain or Italy. Likely, as his rivals said, Erdogan’s dream of being that kind of powerful president is dead.

In the early zeroes, the AKP burst on the Turkish political scene as a breath of fresh air. As a party, it was not particularly noted for Muslim religious principles in its platform. Rather, it said it stood for human rights on the European model rather than for the French-style top-down secularism of its rival, the Republican People’s Party (CHP). But it did try to make believing Muslims more comfortable in Turkey and to remove the disabilities placed on them by the militant secularists.

But the big advances of the AKP were economic, as it adopted policies that attracted billions of dollars in direct foreign investment and it expanded trade with the Middle East and Asia, added these two to Turkey’s tradition European markets. As someone who has visited Turkey on average every other year or so since the mid-1990s, I can tell you that you could just see the improved economy with your own eyes. There were the problems of Neoliberalism (marketizing everything in sight, increased economic inequality, and hidden bubbles), but people across the board seemed to be getting better off, and they rewarded the party with steady majorities in parliament.

In the early zeros, all kinds of things seemed possible. The Middle East’s gridlock deriving from a violent struggle between secularists and parties of the religious right might finally be resolved, if AKP could prove that a party with a religious-right constituency could nevertheless play by the rules of democracy. Algeria in the 1990s was torn apart by a struggle between secular-minded generals and the Islamic Salvation Front. Iran’s Islamic Republic to some extent came out of a similar though less violent struggle in the shah’s Iran. Political Islam was persecuted in Morocco, Egypt, Jordan, and Syria in the 1990s.

Likewise, since many Kurds are religious and belong to the Naqshbandi Sufi order, some hoped that the AKP would be able to compromise with them. The dozens of Kurdish independents in parliament sometimes caucused with the AKP.

Many of the developments that led the party to shrink and lose influence have occurred in the past two years and they for the most part derived from Erdogan’s increasing inflexibility and authoritarianism.

Two summers ago, Turkish youth protested at Gezi Park near Istiqlal Street, an old Bohemia, against the AKP apparent desire to put a shopping mall and a mosque everywhere they could, and to reduce open spaces in Turkish cities that could accommodate a counter-culture of youth activities, artists, and bars. Officials of Erdogan’s party dealt harshly with the protests, using military-grade teargas and water canons to disperse the youth. Turkish mass media were so afraid of Erdogan that CNN Turk showed a documentary on Penguins rather than risk covering the Gezi Park protests.

Then last year Erdogan had a big food fight with one of his erstwhile allies, the Muslim Gulen movement, which appears to have infiltrated the Turkish government. It broke with Erdogan and released recordings and other material suggesting that the AKP is full of personally corrupt high officials (Erdogan’s son was implicated) and is also, like, terminally soft on Muslim terrorism. While the revelations did not stop him from winning the presidency, they appear to have hurt his party.

But fear of corruption may have started keeping Western companies away.

Finally, when Daesh (ISIS, ISIL) arose in neighboring Syria and began besieging Kurdish Syrian enclaves such as Kobane, Erdogan refused to help. He and his circle were afraid of the Marxist Kurds in northern Syria, seeing them as cousins of the Kurdistan Workers Party, an old-time separatist guerrila group against which the army waged a dirty war in the 1970s and 1980s. That Erdogan seemed willing to hang the Syrian Kurds out to dry deeply angered Turkish Kurds, who gravitated to the Democratic People’s Party (HDP). The HDP is a socialist party that opposes Neoliberalism but it also latently has strong Kurdish influence.

A lot of Turks are also afraid that Erdogan might drive them into an open conflict with Syria.

Erdogan’s authoritarian pronouncements, his insouciance toward Daesh, and his antipathy to secular and leftist youth, along with the violence with which he dealt with civil society had a much bigger impact than he apparently expected. The government’s response to Gezi Park raised questions about whether Turkey was the sort of place you would like to invest. The released tapes about the corruption of Erdogan’s family members hurt the confidence of investors. Direct foreign investment began declining precipitously. That development in turn hurt the value of the Turkish lira. And for foreign companies that had relocated to Turkey and imported raw materials from, e.g., Europe, the weaker lira put their costs way up.

The AKP had long received the votes of Turks whose lives it had improved. But the economy turned down after the Gezi Park crackdown. Voters this June could legitimately have asked what Erdogan had done for them lately .

Likewise, instead of having a pool of 40 or so independents from the Kurdish region, who were easily divided and ruled and coopted by the ruling AKP, Erdogan’s neglect of Kobani galvanized the Kurds to become a political force in their own right.

The AKP era is not over, but it could be on its way out. If so, Erdogan’s unwillingness to compromise played a key role in that decline.