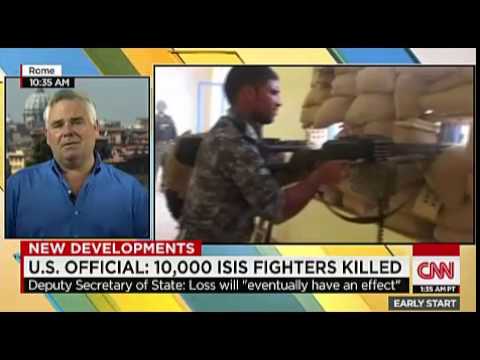 “Baghdad, Iraq (CNN) ISIS has closed off a dam to the north of the Iraqi city of Ramadi — seized by its forces last month — cutting water supplies to pro-government towns downstream and making it easier for its fighters to attack forces loyal to Baghdad, local officials and residents said.

ISIS militants are opening only two or three of the dam’s 26 gates on the Euphrates River for brief periods daily, the officials and residents said.

The head of the security council in the town of Khalidiyah, Sheikh Ibrahim Khalaf al-Fahdawi, and two residents of the nearby town of Habbaniya told CNN on Thursday that this was to prevent river water overflowing from ISIS’ side of the dam, and also allow some water to flow downstream toward ISIS-held Falluja.

They added that the level of water in the Euphrates was now low enough that the river could be walked across, and that this would make it easier for ISIS militants to cross the river and attack the pro-government towns of Husaybah and Khalidiyah, as well as the large security forces base at Habbaniya. . .