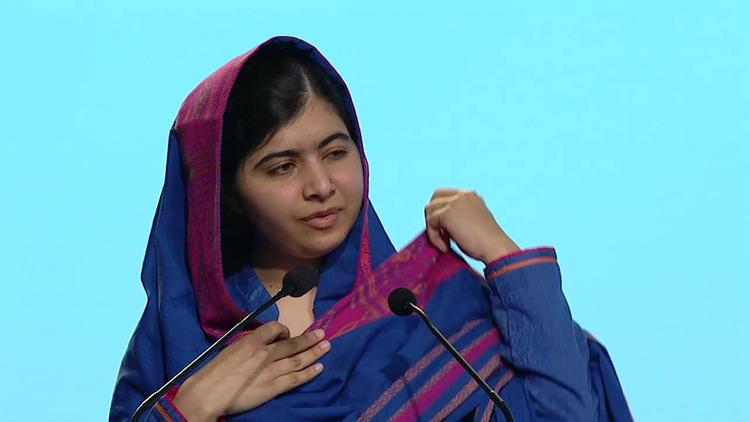 UNITED NATIONS (IPS) – Nobel Peace Prize laureate and education activist Malala Yousafzai spoke Tuesday of her mission to bring 12 years of education to all children, rather than the previous goal of nine years, at the final day of the Oslo Summit on Education for Development.

At the July 6-7 summit, global leaders gathered to discuss solutions to the crisis of 59 million out of school children in the world.

Yousafzai said she believes that when it comes to the policy decisions being made in education, they need to be backed by goals which aim higher.

She disputed the idea that there are not enough resources, urging some of the money invested in war to be shifted to education.

“Thirty-nine billion dollars is spent on [the world’s militaries] in only eight days,” she noted.

If developing countries devoted 6 per cent of their gross domestic product to education, it would take eight days of military spending a year to successfully put all children in school by 2030.

This funding is not only necessary to bring children into school, it is also desperately needed to enhance the quality of their education, as summit participants discussed Brigi Rafini, Prime Minister of the Republic of Niger, claimed that an education without quality is worse than no education at all.

The three important linkages which enhance the quality of education, as agreed by both President of Japan’s International Cooperation Agency Akihiko Tamaka, and the Secretary General of Education International Fred Van Leeuwen, are quality of teaching, quality of the curriculum, lessons and assessments, and quality of community and environment.

Improving teacher training was brought up multiple times throughout the summit. Tamaka stated that teachers are the core of education and they need to be encouraged to continue learning. Overall, valuing the profession of teaching was given great importance at the summit, keeping in mind that many violent attacks at schools are aimed at teachers.

Regarding curriculum, the lack of textbooks in languages which children understand was stressed as an important issue. According to the United Nations Economic, Scientific and Cultural Organization (UNESCO), students from minority communities are often pushed out of education because the language of instruction is not their own.

The importance of funding for education, various options and complex realities articulated by this summit will lead the decisions made at the upcoming International Financing for Development Conference, which begins July 13 in Addis Ababa, Ethiopia, hopefully increasing the percentage of humanitarian aid which is spent on education to much more than the current 1.7 per cent.