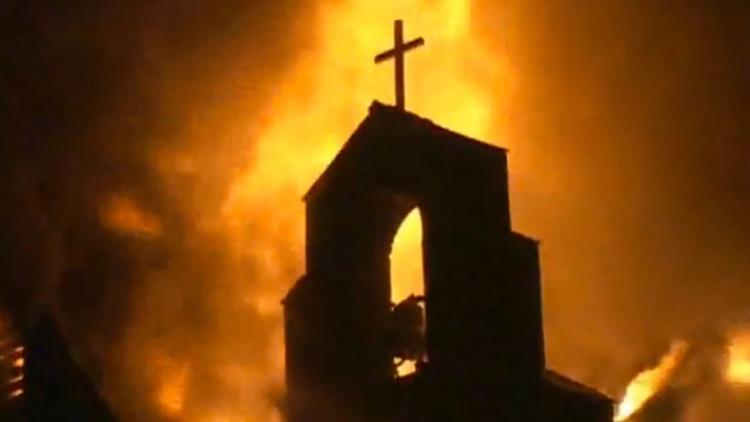 Seven African-American churches have burned down in the past week and at least four of these southern Black churches were victims of deliberate arson, and possibly six were.

This news is being reported tentatively and in the passive mood. The churches burned or were burned. But that arson directed at an African-American church in the South after the Roof murders is likely the work of white supremacists is only hinted at. The ambiguity of thunderstorms is typically brought in, quoting local authorities. But there are lots of thunderstorms all the time in the South and churches have lightning rods. Why would a church that had stood for decades suddenly succumb to a single storm?

Shouldn’t the headline be “Suspected White supremacists burn down at least four African-American churches” ? Shouldn’t there be an agent, a doer, involved?

Compare how the press handled Daesh (ISIS, ISIL) attacks on Christians and churches. It was front page news! And the active voice was used, even though these events happened thousands of miles away amidst a fog of war and there were no Western eyewitnesses.

Further evidence that “terrorism” is “raced” in the United States, as something that dark-skinned people do but as a category improperly applied to white people.

The Young Turks: “Five Black Churches Have Burned To The Ground In One Week”