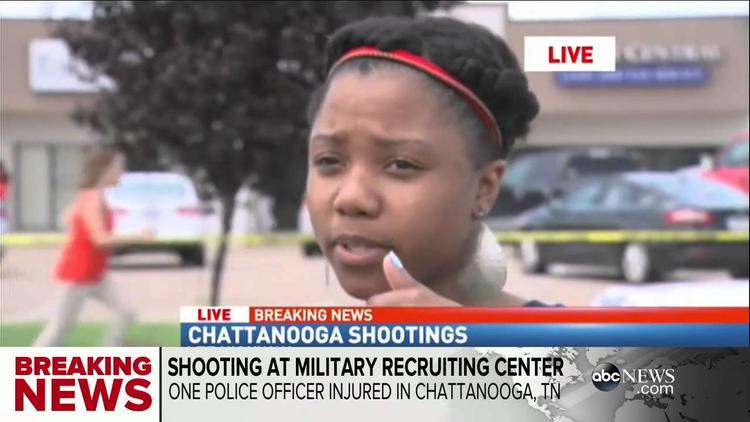 My column is out in Truthdig.com

The United States is peculiarly prone to mass killings by people armed with semi-automatic weapons. There is no good reason for ordinary citizens to own military-style weapons, and they have long posed a threat to American national security.

The mass murder of children at Sandy Hook Elementary School in Newtown, Conn., or the theater massacre in Aurora, Colo., both in 2012, were insufficient to spark a serious national legislative debate about this threat. Now that four Marines are dead at the hands of a civilian armed with such a weapon, can we discuss again a ban on those weapons, of the sort enacted in the Clinton administration?

Mohammod Youssuf Abdulazeez on Thursday rented a Mustang convertible and drove to a military recruitment facility in Chattanooga, Tenn., where eyewitnesses reported that he fired some 30 rounds from a rifle in just a matter of minutes. It sounded, one said, like a jackhammer. In other words, he used a semi-automatic weapon. He then drove seven miles to a reserve center for the Navy and Marines where he parked, propped up his assault weapon on the door of the car and opened fire, killing four Marines and wounding four others, including a policeman.

Also Thursday, a jury found James Egan Holmes guilty of first-degree murder for opening fire in a movie theater in Aurora, Colo. Holmes, a brilliant student, had long suffered from mental illness and was considered dangerous by his psychiatrist. On June 7, 2012, he bought a Smith & Wesson M&P-15 semi-automatic rifle from a Gander Mountain store in Thornton, Colo. He also bought a shotgun and two Glock semi-automatic handguns. He passed the background checks…

After Sandy Hook, the National Rifle Association (NRA), which is the publicity arm of a handful of big gun manufacturers who make billions selling military-style weapons to civilians, blamed video games. After the Charleston, S.C., black church shootings last month, the Confederate flag became the issue. Despite the Colorado jury’s rejection of Holmes’ insanity plea, his case was reported through the frame of his mental illness. Initial reporting on Abdulazeez in the Chattanooga shooting focused on his praise of jihad. One television commentator suggested bulletproof doors for military recruitment offices.

In other words, anything to avoid talking about the real issue, which is the startlingly easy availability of extremely deadly and powerful weapons…