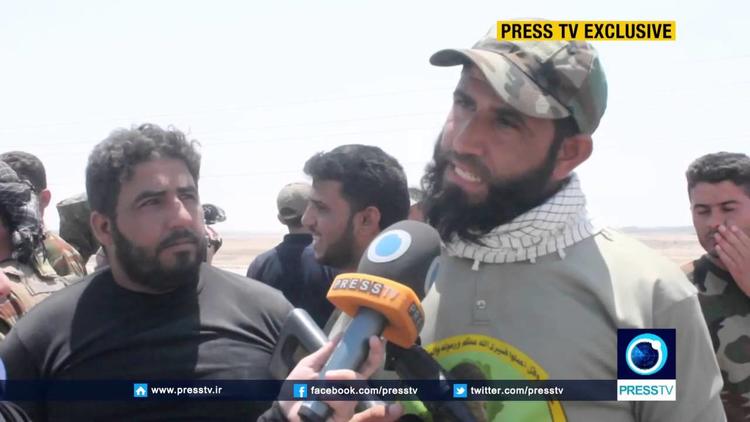 In Iraq on Tuesday, Iraq militias and the Iraqi military launched a counter-attack on Falluja with the ultimate aim of driving Daesh (ISIS, ISIL) out of al-Anbar Province.

The operation follows the successful liberation of Tikrit, north of Baghdad, from Daesh by these same forces. In the second half of the Tikrit campaign, the administration of President Barack Obama joined the fray, giving operational support to the Iraqi forces, including the pro-Iran Shiite militias and their Iranian advisers.

The collapse of the Iraqi army a little over a year ago and the Daesh successes, in which Mosul and Fallujah fell along with some 40% of Iraqi territory, created the prerequisites for Obama’s air war in support of Iraq.

But likely the rise of Daesh also contributed to the urgency felt by the Obama administration to get a deal with Iran.

“removes the barriers – largely artificial – on the way to a broad coalition to fight the Islamic State (IS) and other terrorist groups.”

He said that resolving the tensions of the international community with Iran will help resolve “a whole number of problems and conflicts in the region,” and he expected it to exercise a “positive influence on the situation as a whole.” He added, “In particular, it creates added impetus to promote the creation in the Middle East of a zone free of weapons of mass destruction.”

His remarks were echoed by Frederica Mogherini, the European Union foreign policy official, who spoke of a new confidence in defeating ISIL.

For the Russian Federation and the European Union, then, I conclude that the agreement in Iran was, if not propelled, at least welcomed for the reason that it makes it easier to ally with Iran against Daesh.

In short, the deal makes what happened in Tikrit legitimate.

The deal specifies in an annex that the Iranian Quds Force leader Qasem Soleimani will be given sanctions relief by Europe 8 years down the road, likely in recognition of the positive role he is playing against Daesh.

For those European leaders who take the threat of Daesh seriously, a new relationship with Iran seems essential. Iran has been the most effective regional power in rolling back Daesh conquests. Without Iran, Daesh would still dominate parts of Diyala Province and would still have the city of Tikrit.

In contrast, neither Saudi Arabia nor Israel has been the least bit helpful in the fight against Daesh.

Russia fears Daesh for internal reasons. It has faced Muslim insurgencies on its own soil in places like Chechnya, and Russian leaders fear that radical Muslims will turn to Daesh for support.

Although a five year moratorium in major weapons sales to Iran is part of the agreement, Lavrov notes that exceptions can be made with UNSC support. Russia hopes to sell Iran anti-aircraft batteries by the end of this year.

The deal, then, brings Iran in from the cold. But it also potentially puts Iran to work as an ally of the West facing down Salafi jihadi extremism.