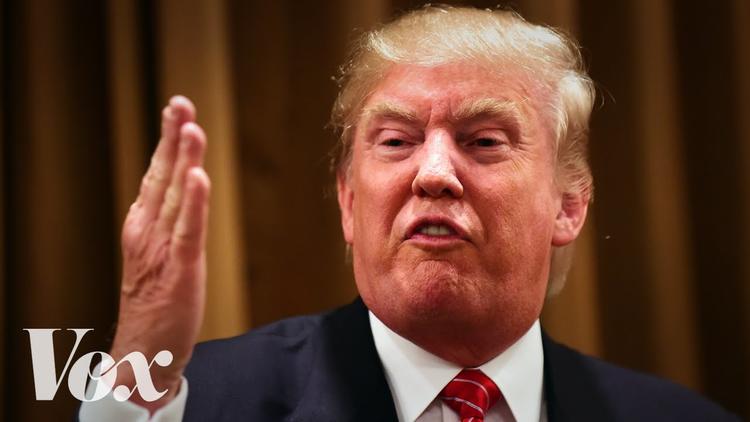 With the crowded roster of GOP presidential candidates set to expand to 16 with Ohio Governor John Kasich’s planned July 21 announcement, the importance of the August 6 Republican debate – the race’s first – in starting to winnow down the field becomes increasingly clear.

Even more apparent is the role that Fox News will play in shaping that debate, and thus dictating the campaign’s frontrunners.

That’s not just because Fox will host the debate, but because Fox and Fox alone will determine which 10 candidates get to share the stage, based on a complex, poll-averaging formula of the network’s own design.

Fox’s role in designing and orchestrating that crucial first debate exemplifies the network’s power both in this upcoming presidential race and within the 2015 GOP. But that’s only one illustration of a much larger process in play.

Offering an even more sweeping reflection of Fox’s dominance over these political conversations is the stunning, counterintuitively continuing success of the most extremist GOP presidential candidate, Donald Trump.

Since his presidential announcement, in which he discussed the need to build a giant wall on the Mexican border in order to keep out the “rapists,” “trash” and other undesirables being sent here by Mexico, Trump has run a campaign that feels more like pandering performance art than political candidacy.

Faced with increasing critiques and (more to the point for the businessman) significant financial and commercial blowback for his rhetoric, Trump has refused to back down. Instead he has amplified and extended his comments with further statements about disease-ridden Mexican arrivals, Jeb Bush’s Mexican wife, and the like.

These statements and positions are far more incendiary than those of Trump’s fellow candidates. As a result, many GOP presidential hopefuls and other party leaders have publicly agreed with Lindsey Graham that Trump’s candidacy has the potential to “kill the party,” particularly among much-sought-after Latino voters.

Indeed, for this and other reasons, top GOP donors and supporters have argued that Trump should be excluded from the first debate.

One media outlet has consistently supported Trump, however. It’s the same one that will host the first debate and determine who gets to take part: Fox News.

Subsequent debates will be hosted by more centrist organizations such as CNN, ABC and CBS and might take a different perspective on such a polarizing, extremist figure. But the next such debate is not scheduled until early September, and for this crucial first debate, it is Fox’s perspective and choices that will rule the day.

Trump had a longtime relationship with Fox News before his presidential announcement. He has had a recurring guest pundit spot on the morning show Fox ‘n Friends and the network has consistently taken Trump’s side as these controversies have played out. Indeed, with evening hosts Bill O’Reilly and Sean Hannity leading the charge, Fox has continued to back Trump through each successive statement and further step into extremism.

In the latest poll of Republican voters nationwide (released July 14), Trump is frontrunner in the Republican field with 17% support (Jeb Bush is second with 14%). This is thanks in no small measure to Fox’s support and to the sway that Fox News has with right-wing Americans. The poll – and previous ones – will undoubtedly play a role in determining the composition of that crucial August 6 Fox News debate.

Extremist views are not new to presidential politics

Neither right-wing extremists nor their political rhetoric are new to 2015, of course.

To take one prominent example, for decades the John Birch Society has operated at the fringes of American conservatism, producing and circulating radical nationalist rhetoric on a wide range of issues including immigration and foreign policy.

It was a John Birch Society leader, for example, who created an infamous flyer distributed in Dallas on the day of President John F Kennedy’s November 1963 arrival in that city. It was a flyer that tellingly described Kennedy as “Wanted for Treason” for his crimes against the United States and foreshadowed many contemporary attacks on President Obama.

Nor would Trump be the first extremist to run for president. Alabama Governor George Wallace campaigned in all four elections between 1964 and 1976 (three times as a Democrat and once as an Independent), making his defense of racial segregation and white supremacy a centerpiece of his campaign each time.

Yet if neither the extremism nor its rhetoric is new (and nor are third-party, outsider campaigns, for that matter), I would argue that those perspectives are today far more influential in and indeed central to one of our major parties than ever before, and that influence is due first and foremost to one entity: Fox News. (Talk radio, the blogosphere and the right-wing book circuit have all played their roles, to be sure.)

In 1963, or even 1993, the John Birch Society and its ilk had virtually no presence in the national media, and certainly no such space in which their views would be presented as mainstream or widely shared.

Candidates like Wallace and Pat Buchanan (in 1992) could run for president on what amounted to white supremacist platforms – unlike Wallace, Buchanan couched his racial politics in culture wars narratives for the purposes of his presidential campaign, and has aired them much more fully in the years since – but their candidacies were overtly and consistently covered as such by the national media.

To be sure, prominent media voices, from newspaper editorial pages to radio and TV hosts, have long had the ability to influence campaigns and elections, drawing attention to or away from particular candidacies.

Yet both the mainstream media’s centrist nature and its need to appeal to a wide audience have kept the most extreme political candidates and organizations on the fringes of our collective conversations, their views and positions identified and delineated as occupying those edges.

Ron Paul could self-publish his “libertarian” newsletters laced with racist commentary as part of each election cycle between the late 1970s and the turn of the 21st century but the evening news didn’t highlight those documents as noteworthy position statements alongside the national party platforms.

In 2015, on the other hand, Donald Trump has a prominent cable news channel, by most accounts indeed the most-watched such network, that offers him consistent support, presenting his views favorably and likely convincing a fair number of viewers that such extremism represents an important contribution to this presidential campaign and to our political conversations overall.

If the current polling stands, Donald Trump will not only be one of the 10 candidates chosen by Fox News for its August 6 debate, he will be one of the frontrunners in that crowded GOP field.

But whatever happens with Trump’s candidacy specifically, the larger and more vital point will remain: Fox News and its embrace of extremist rhetoric will pull the field, the campaign, and our national political conversations far to the right, making the network a potent power player with whose influence we all must engage in the months and years to come.