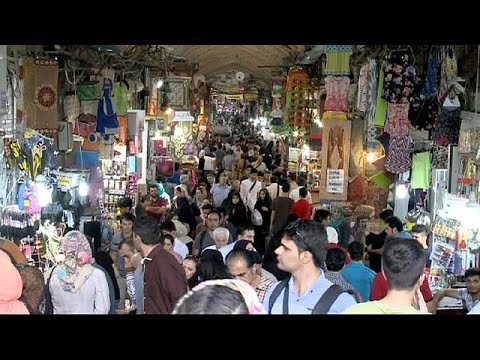 Many of the punishing UN, U.S., and EU financial and energy sanctions imposed on Iran in recent years to pressure Tehran to curb its nuclear activities are to be suspended or lifted in the wake of the deal struck in Vienna on July 14.

But many other sanctions, particularly those imposed unilaterally by the United States years before the nuclear crisis, appear likely to remain in place for the indefinite future.

Those U.S. measures are decades-old U.S. bans on doing business with Iran that relate to concerns over state-sponsored terrorism, human rights abuses, and ballistic-missile development.

The wide-ranging sanctions, some of which date back to the Islamic Revolution and the U.S.-Iran hostage crisis of 1979-80, include:

— Restrictions on U.S. foreign aid to Iran, a ban on arms transfers, and export controls for items that could have military as well as peaceful uses

— Prohibitions on U.S. individuals and banks from dealings with Iranian companies, including investing in Iran and facilitating third-country trade with Iran

The UN also will maintain two key sanctions on Iran for the immediate future:

— A UN weapons embargo is to stay in place for five years.

— A UN ban on buying missile technology will remain in place for eight years.

The European Union has yet to make clear if it will keep some of its regime of sanctions, most of which date to the recent years of the nuclear standoff and cut off Iranian oil exports to Europe and Iranian access to European banking systems.

Early indications are that Brussels will now move quickly to suspend its sanctions as European and other corporations are widely reported to be seeking ways to resume business with Iran.

The mixed picture on sanctions relief for Iran means that Tehran should immediately regain access to European and Asian oil markets and to billions of dollars’ worth of its oil revenues from past sales that the nuclear-related sanctions froze in international banks. But if and when it might get full sanctions relief, including resuming trade with the United States, the world’s largest economy, remains highly uncertain.

That issue is now tied up in a looming political struggle between the White House and the deal’s opponents in Congress who feel President Barack Obama’s administration has gone too far in making concessions to Tehran to win a nuclear deal.

The accord in Vienna comes with the majority of the Congress, dominated by Republicans, having expressed a desire to toughen sanctions on Iran, not weaken them, to get a negotiated end to the nuclear standoff.

In one measure of U.S. legislators’ wariness, Obama was pressured into signing a compromise bargain earlier this year under which Congress has 60 days to review the nuclear deal before any sanctions may be lifted. Obama has vowed to veto any legislation that threatens the deal, and opponents would need a two-thirds majority in Congress to override a veto — widely considered unlikely but which would almost certainly deepen lawmakers’ resistance to any wider sanctions relief beyond the Vienna deal.
IAEA Director-General Yukiya AmanoIAEA Director-General Yukiya Amano

A protracted showdown with Congress over sanctions could still see the administration try to broaden sanctions relief to enable U.S. corporations to do business in Iran by exercising the president’s executive powers. They include the authority to unilaterally discard any sanctions imposed by himself or previous presidents as well as to decide at what level to enforce those imposed previously by the Congress.

However, any lax enforcement of sanctions previously imposed by the legislature, or of any new sanctions the legislature might yet pass, would almost certainly be met with congressional action accusing the president of failing to enforce the law, creating yet another showdown.

The volatile atmosphere in Washington makes it hard to predict the prospects for any wider relief from U.S. sanctions in the future, a topic that Obama has not addressed publicly. Instead, he has emphasized that the immediate partial relief from sanctions agreed under the Vienna accord will be phased in and is very much conditional upon Iranian compliance with the deal.

Under the Vienna agreement, Iran will only begin to get sanctions relief after the UN’s nuclear watchdog, the International Atomic Energy Agency (IAEA), certifies that Tehran has met key benchmarks in rolling back its controversial nuclear activities. If Iran does not, there is a “snapback” procedure for reimposing the sanctions through a majority vote by an international advisory board set up to arbitrate any disputes arising from the Vienna deal. The board is composed of the six world powers — the United States, Russia, China, Britain, France, and Germany — plus Iran.

Euronews: “Iran optimistic of leap in growth once out from under sanctions”