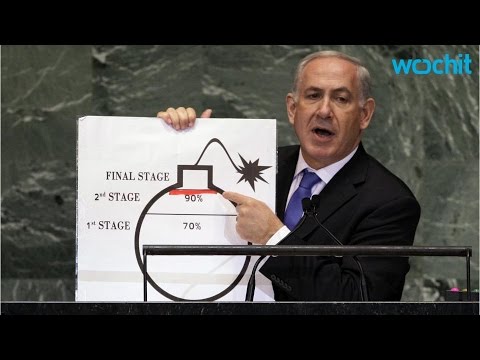 The announcement of the nuclear deal between Iran and six world powers is a rare moment in history that gives us hope and provides a basis for optimism.

By contemplating what the alternative would have entailed, any agreement, no matter how defective, is a great achievement and has to be welcomed.

However, the indications are that, as the Iranian Foreign Minister Mohammad Javad Zarif has declared at a joint press conference with the EU High Representative for Foreign Affairs, there has been a win-win agreement that will benefit everyone. In short, they have made history.

Ms. Mogherini said: “It is a decision that can open the way to a new chapter in international relations. I think this is a sign of hope for the entire world.” The Iranian foreign minister echoed those sentiments and described the deal as “a historic moment”.

He continued: “Today could have been the end of hope, but now we are starting a new chapter of hope.” Zarif rightly pointed out that the deal has ended an unnecessary conflict. As the TFF Associate Gareth Porter has shown in his book of the same title, it was in fact “A Manufactured Crisis”.

It should be remembered that Iran had been ready since 2003 to reach a nuclear deal when she agreed to ratify the Additional Protocol and voluntarily suspended enrichment for two years. The Bush Administration killed that deal by illegally stating that, contrary to the NPT regulations, Iran was not allowed to have any enrichment on her soil.

It was only after 2013 when President Obama joined the rest of the world in recognizing Iran’s right to enrichment that things began to move. President Hassan Rouhani’s election created a new climate for more cooperative relations with the West. While Iran and the United States had shunned each other for over 35 years, all of a sudden, the ice began to melt. President Obama had a brief telephone conversation with President Rouhani. That initial contact was followed by intense talks. Secretary Kerry has now spent more time with his Iranian counterpart than with any other foreign minister in the world.

Two years of talks, a number of broken deadlines, followed by 13 days of non-stop discussion and negotiation have resulted in this landmark agreement.

However, although we are entitled to feel optimistic, the difficult part is still ahead when the naysayers in Israel and Saudi Arabia and the hawks in the US Congress will try to kill the deal.

Israeli Prime Minister Benjamin Netanyahu has already vowed to kill the deal. The only way to prevent them from achieving their aim is not to stop at this stage but to move forward to make the deal the beginning of new hope for diplomacy, for peace in the Middle East and for better US-Iranian relations.

Since the US invasion of Iraq, the Middle East has experienced the worst period in its history since at least the First World War or even since the Mongol invasion of the Middle East. The conflicts in Afghanistan, Iraq, Syria, Lebanon, Gaza, Yemen, and above all the rise of various barbaric terrorist movements, have torn the Middle East to pieces, have resulted in the worst refugee problem since the Second World War and have shattered the lives of millions of our fellow human beings.

What is needed is a concerted action to turn a new page in the Middle East and to establish a new security regime that includes all the main regional players, including Iran, Turkey, Egypt, Iraq, Saudi Arabia and Syria, and to make a serious effort to deal with the scourge of terrorism.

Even the countries that formed and supported some of those terrorist organizations have now realized that the monster that they have created might also devour them.

Even Israel should realize that her long-term security does not depend on fanning the flames of conflict in the Middle East, but on trying to settle the Palestinian issue, accepting the two-state solution and living in peace with her neighbours.

It may be premature to speak about the possible consequences of the landmark deal reached between the six global powers and Iran, but if the situation is not to stagnate or even to be reversed, there is a need to maintain the momentum and push for more comprehensive political deals in the Middle East and beyond. The world has experienced conflict and slaughter on an industrial scale for far too long. The time has come to try some diplomatic solutions to the conflicts and to see if peace and reconciliation do not make more sense.

Now that the fear of Iran acquiring a nuclear weapon has come to an end, it is the time to seriously turn to the project that is supported by most nations, namely to declare a nuclear-free zone in the Middle East.

If America and the West are serious about non-proliferation they should now direct their attention towards Israel. The Security Council and the international community should now seriously deal with Israel’s nuclear program, call on her to join the NPT and to get rid of her illegal weapons of mass destruction.

What has already been achieved as the result of the landmark deal with Iran is quite considerable. However, it is possible to build on this achievement and to use it as an opportunity to resolve many intractable conflicts.

Meanwhile, many congratulations to the American and Iranian presidents and foreign ministers for their perseverance in the face of such powerful opposition to achieve what even a short couple of years ago seemed an impossible dream.

Both Secretary Kerry and Foreign Minister Zarif have certainly earned their right to the Nobel Peace Prize.

Farhang Jahanpour, a TFF Associate and Fellow of The Royal Asiatic Society, is a former professor and dean of the Faculty of Foreign Languages at the University of Isfahan and a former Senior Research Fellow at Harvard University. He is a tutor in the Department of Continuing Education and a member of Kellogg College, University of Oxford