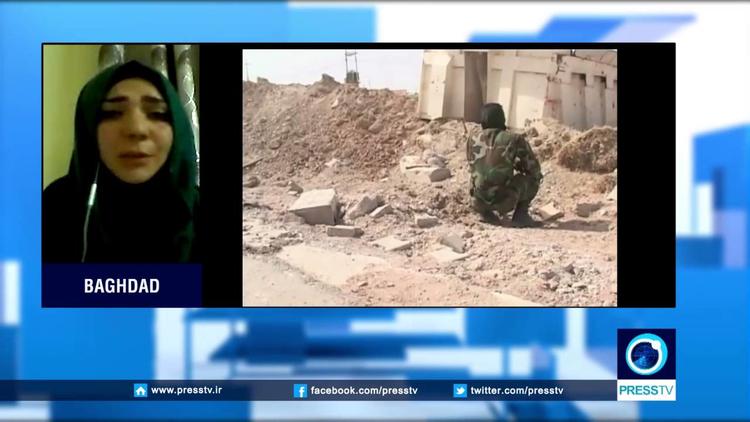 The Kuwaiti press (al-Siyasah) is alleging that the Iraqi government, under American pressure, has hit the pause button on its campaign to take al-Anbar Province back from Daesh (ISIS, ISIL). The report was also carried by 24.ae in the United Arab Emirates.

A source in the Iraqi government said that there were three reasons for the halt in the week-old campaign, all of them stemming in part from American pressure.

First, the Iraqi army and its Shiite militia auxiliaries have staged 60 attacks on Falluja and Ramadi during the past weeks and not once were they able to break through Daesh lines. The Americans suggested that better coordination be set up between US and coalition air strikes and the Iraqi forces so that the latter could take full advantage of the air strikes. Apparently this past week the US views the Iraqi attacks as having been indiscriminate.

Second, the Iraqi government had suspended recruitment of Sunni tribesmen to a training program run by US troops at Base Progress in Habbaniya. The US is convinced that this step was taken to play down the Sunni role in the campaign to retake al-Anbar and to strengthen that of the Shiite militias.

Third, the Shiite militias had massed some 20,000 fighters outside the strongly Sunni city of Falluja, raising fears in the American command that if such a force took a Sunni city like that, it would provoke severe sectarian tensions that would weaken the campaign against Daesh and might even lead to the break-up of the national unity government of Haydar al-Abadi, who at the moment has Sunni political allies.

One Arabic newspaper maintained that during his visit Dempsey advised the Iraqi government to withdraw Iranian military advisers from the al-Anbar campaign. He is alleged to have urged PM al-Abadi to depend more instead on Sunni tribal levies.

The Shiite militiamen are said by this source to have taken extremely high casualties over the past week with nothing to show for it.

I read these leaks to suggest that, as with the Tikrit campaign, the initial planning and strategy has been carried out by the Iranian Revolutionary Guards Corps, and it has failed because the Sunnis in Falluja and Ramadi simply won’t accept what they see as an Iranian, Shiite conquest. Also as with Tikrit, the Iraqi government half way through has had abruptly to turn to the United States to re-plan the assault because of Iranian failures and because of the sectarian issue.

Reading between the lines, I suspect that this campaign had been mainly spearheaded by the Shiite militias and their Iranian advisers, and perhaps the US has been unwilling to give them close air support in a sustained manner, insisting on working with the formal Iraqi army. To get the US aerial bombardment it needs to take down Daesh, the Iraqi government is going to have to bring Sunni forces into play in a much bigger way, to make the American side happier.