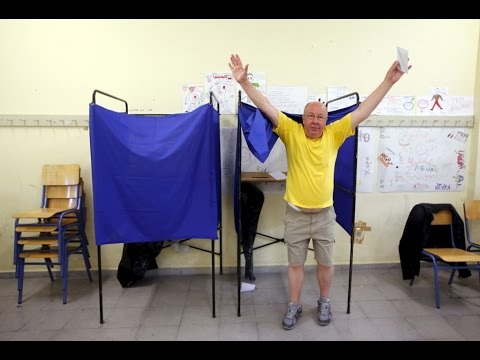 During the past 5 years, the old categories of politics– left, right, center or capitalist and socialist– have been challenged by a new one, that of youth. What the Millennials want has begun to matter in addition to the other factors.

That Greece has a left-wing government run by the Syriza Party that urged a “no” vote on the referendum is itself in part of function of the youth vote and of the positions taken by the youth wing of Syriza. Youth voted “no” at even higher rates than the general population. They have faced impossible unemployment rates of 50% because of banks-imposed austerity and they are insisting that some other policy must be possible. They may be right or they may be wrong, but that they are flexing their political muscles and that they have understandable grievances are not in doubt.

“SPOURDALAKIS: Well, I would say that both SYRIZA and the youth wing are more radical, at least in their positions, than the government is. For example, the youth wing has opened the issues of human rights, the issues of immigration, the issues of equal rights for the LGBT community, and so on. And these are issues which are not popular in the Greek society. And, therefore, the government’s positions, I would say, are less radical than those of the party or those of the youth. And what we’re trying to do is both [incompr.] pressure and check the government into implementing this kind of policy, but also trying to create a movement which will change the view that the society has on these issues.

PERIES: And what are some of the issues that are really at heart for the youth movement?

SPOURDALAKIS: Well, I would say that a very important issue is, of course, privatizations and stopping the privatizations that are going on right now, for example the mining operation in northern Greece, which has been temporarily stopped, but it hasn’t been brought back entirely. It’s the issue of the concentration camps that were created by the previous government for immigrants and shutting them down. And it’s also the issue of–also the issue of human rights, [human] rights of prisoners. And then, of course, also the LGBT issue of civil union for gay couples.

And these are all issues that the government has made some promises on but that remained to be quite–they’re still quite unpopular with the society. The society still is quite conservative on these issues.

So what we’re trying to do is create a movement that will both pressure the government into more progressive positions, but will also create sort of a social consensus to back these changes.”

At Gezi Park in Istanbul two years ago, Turkish youth challenged the increasingly autocratic leader of the center-right Justice and Development Party (AKP) over its determination to erase public space in favor of a mall and a mosque complex. The ruling party cracked down hard, with military grade tear gas and water canons. But two years later, the AKP lost its majority in parliament for the first time in over a decade, possibly stopping its march to reshape Turkey into a presidential system. The youth who demonstrated at Gezi Park were prescient, and they may have begun altering the public perception of the ruling party, which had become popular because of a perceived commitment to pluralism.

In Chile, since 2011 there has been a vigorous student movement of protest demanding a German-style system of free tuition for higher education. Current president Michelle Bachelet actually campaigned on this issue last year, and has taken steps to implement it, though there are obstacles deriving from a provision of the constitution put there by military dictator Augusto Pinochet. It is safe to say, however that this issue would not be on the front burner in Chile, and the government would not be seriously talking about spending 2% of the gross national product on it, if Chile’s youth had not mobilized in a consistent and dedicated manner around this cause.

And, of course, the Arab youth kicked off vast changes in politics beginning in 2011, bringing democracy to Tunisia and gaining a new and much better constitution for Morocco– though in other instances, where governments proved vicious and repressive, the latter threw their countries into vast turmoil.

Many Syriza youth want Greece to follow the path of Iceland, which rejected austerity, defaulted on loans, and nationalized banks. Iceland emerged arguably better off. But Iceland is a small country of 400,000, whereas Greece is a country of 11 million, and it is not clear that the dynamics would be the same there. What is clear is that Greece has rejected the austerity policies of the old in favor of the risk-taking of the young.

“Greek voters rejected the terms of the European bailout plan in the country’s first national referendum since 1974. PBS NewsHour special correspondent Malcolm Brabant joins Hari Sreenivasan from Athens with more on where the country goes from here.”

PBS NewsHour: “Where will Greece go from ‘No’?”