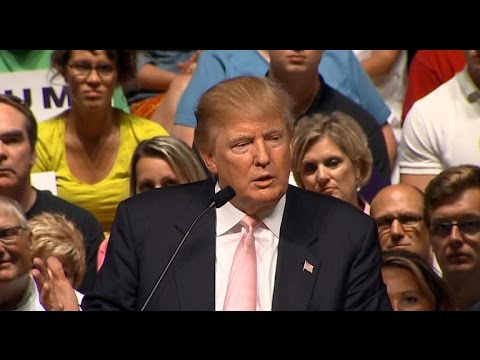 “After weeks of controversial remarks, GOP primary candidate Donald Trump is still leading in the polls while other candidates like Mike Huckabee are stepping up their own attacks. CBS News senior political editor Steve Chaggaris has the latest from the campaign trail.

This is incredibly offensive. The systematic extermination of my people is nothing like an arms control agreement. https://t.co/oXQFJFCOu7