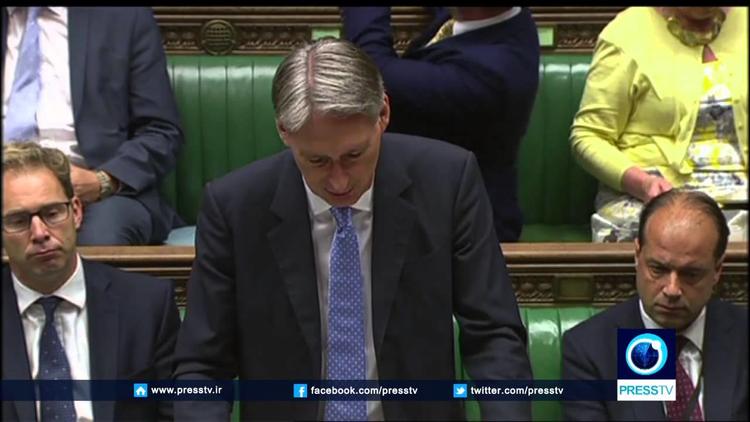 So after France and Britain and Germany conducted negotiations with Iran over its civilian nuclear enrichment program alongside the United States, you would expect American television news eagerly to seek out interviews on the deal from David Cameron, Francois Hollande and Angela Merkel– or foreign ministers Philip Hammond, Laurent Fabius and Frank-Walter Steinmeier. I.e., from American allies also involved in the negotiations.

The United Kingdom fought al-Qaeda and the Taliban in Afghanistan alongside the United States, as a NATO ally. Article 5 of the NATO charter says that an attack on one is an attack on all, and Britain stepped up to fulfill its treaty obligation to Americans after they were attacked on September 11, 2001. The UK lost 453 troops killed in Afghanistan. Since its population is about a fourth that of the US, its losses were proportionally similar to those of the United States. That’s an ally.

France also joined the US to fight in Afghanistan, losing 86 men killed. Same deal. Ally. Its troops operated in provinces where the Taliban were weaker, but there were plenty of horrible attacks on the French.

Even though Germany sent a peacekeeping force rather than a war-fighting one, for constitutional reasons, it still lost 54 troops killed in Afghanistan. It was there for the same reason as the others– NATO ally pledged to defend the US when it is attacked.

It could be good television to interview politicians from among our allies. We know that Fabius had a lot of doubts and at one point seemed poised to torpedo the whole process. Shouldn’t someone, like, ask him what changed his mind and why he swung behind the deal? Likewise Merkel was quite hard on Iran and suspicious of its enrichment program. How was she convinced. Doesn’t anyone in American television news care?

Nope. As far as I could see, not one. We get to hear about the Iran deal from minor congressmen and senators who represent almost nobody, and who have not read it. We get to hear from Donald Trump, who has never been elected to anything and represents no one at all. We got to hear at great length from Likud officials and spokesmen from Israel. All of them fulminated against the Vienna diplomatic breakthrough.

Is this balanced journalism? Is it even journalism at all?

How can this serious defect in our news gathering be explained? Well, of course, our news in corporate news, aimed at making a profit. So things that don’t deliver eyeballs to advertisers are not categorized as news. Other things, like Arianna Grande licking doughnuts, which are not news, get to be classed as news because they will deliver the eyeballs to advertisers.

But I actually think Fabius or Merkel would be a feisty interview and compelling television.

Why Israel, a small country of 8 million with a gross domestic product the size of Portugal’s, which is not a treaty ally and lost no troops in Afghanistan or Iraq, gets right of rebuttal on American public airwaves to everything the president of the United States does is a great mystery.

So Britain, France and Germany are discounted by audiences and therefore by networks (except when the British royal family has a photogenic member who gets married or has a baby).

It is a very odd situation. In all the 8 years of the Iraq War I don’t think American television gave an extended interview to the British minister of defense even once, despite the very important role the British army played there. Television news barely covered Afghanistan, but likewise US allies there were invisible.

I have concluded that with a few rare exceptions, US television news just isn’t very good because the editors and managers aren’t very good. (This is not a slam at the great journalists– Ben Wedemann, Richard Engel, Arwa Damon, etc.– it isn’t the correspondents’ fault if their editors won’t cover real news).

Tom Fenton made the point after 9/11 that the turn of US television news to infotainment and fluff, and its allergy to hard news gathering, is a security danger to the United States.

I think it has gotten worse.

And, certainly, if the Iran deal fails in Congress because, in part, of the way television news covered it, then we will owe the networks credit for fostering yet another major war, and bankrupting the country.