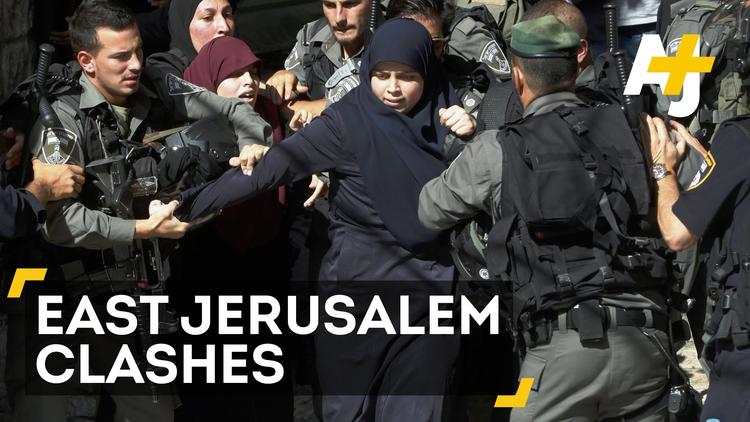 JERUSALEM (Ma’an) — Right-wing Israelis broke into the Al-Aqsa Mosque compound on Monday for the second day in a row, as the UN expressed concern over “religious provocations” in and around holy sites in the Old City of East Jerusalem.

Witnesses said that 70 right-wing Jews entered the compound via the Moroccan Gate under Israeli police escort.

An Israeli police spokesperson could not be reached for comment.

The UN Special Coordinator for the Middle East Peace Process, Nickolay Mladenov, issued a statement on Monday to express concern over “recent incidents and heightened tensions” in and around Jerusalem’s holy sites, and to “call upon people on all sides to maintain calm.”

He said: “Provocative actions and language carry the seed of violence and ultimately undermine the ability of worshipers of all faiths to have access to their respective Holy Sites. Respect for the status quo is in the interest of all and is essential for stability.”

The UN representative called on religious and political leaders to “prevent extremist elements from abusing the sanctity of Holy Sites and the different religious sentiments of all people.”

Dania Eid and Alaa Bashi, both Palestinians with Israeli citizenship, were banned from the site for 60 days, while two Palestinians from the West Bank, Akram Daana and a young man identified only as Fadi, were given bans of 30 and 45 days.

Right-wing Israelis were visiting the compound on Sunday to mark Tisha B’Av, an annual Jewish fast day that commemorates the destruction of the First and Second Jewish Temples.

The third holiest site in Islam, the Al-Aqsa Mosque compound is also venerated as Judaism’s most holy place as it sits where Jews believe the Temples once stood.

Following Israel’s occupation of East Jerusalem in 1967, Israel has maintained an agreement with the Islamic Endowment that controls the compound not to allow non-Muslim prayer in the area.

The mosque compound has seen rising tensions in recent days, with Jewish organizations calling for the compound to be open to Jews for the week following Tisha B’Av and others seeking to celebrate unconfirmed reports that Israel is negotiating the reopening of the compound to non-Muslim worship.

At the end of June, International Crisis Group reported discussions between Israel and the Islamic Endowment on allowing non-Muslim worship at the site, although the move has not yet been confirmed.