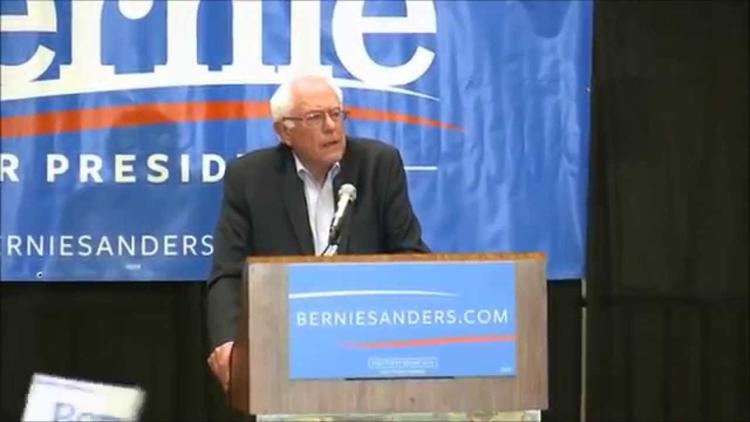 The Democratic Party’s left wing is fed up and isn’t going to take it any more. Americans in opinion polling overwhelmingly favor the positions of Bernie Sanders on most political and social issues. But gerrymandering, big money in politics, and voter suppression have produced presidents who are either far right or center-right for decades. Not only have presidents been chosen by the wealthy elite, but the House of Representatives has, as well, So, too, have many state governors and legislatures. After the disappointment of the Obama administration, which is slightly to the right of Dwight Eisenhower, the left is impatient and frustrated.

And along comes Bernie Sanders. He stands for union rights, for a higher minimum wage, for women’s right to reproductive choice, for bank reform and regulation, and he is against income and wealth inequality of the sort that now characterizes the US (inequality is greater now than at any time since 1928, he says). He recognizes the power realities of today’s plutocratic America, and forthrightly says he is forming a movement to force the kind of changes that would amount to a revolution in American affairs.

He thunders that for the past 40 years the American middle class has gradually been disappearing. He points out that the average wage of the average worker is now actually lower than in those earlier years.

He points to high unemployment rates especially among youth, and wants to create jobs and educational opportunities rather than building more jails.

And, new in Madison, he added passages to his stump speech about African Americans being free to walk down the street in places like Ferguson, Mo., without any fear. He hasn’t had a big African-American constituency but clearly aims to develop one.

Since the courts and often the Obama administration have repeatedly told us there is nothing that can be done about these problems, the silent majority has been seething.

Bernie Sanders is helping them do something more useful than seethe. He is giving them political and economic goals. And they are grateful. So it is no wonder that Ten thousand of them came out in Madison.

Sanders has a Sisyphean task. We saw how Parisian taxi drivers effectively struck against what they see as unfair competition from Uber last week. But American workers seem to just let people walk all over them. Sanders wants to build a fire under them, and he may well succeed.