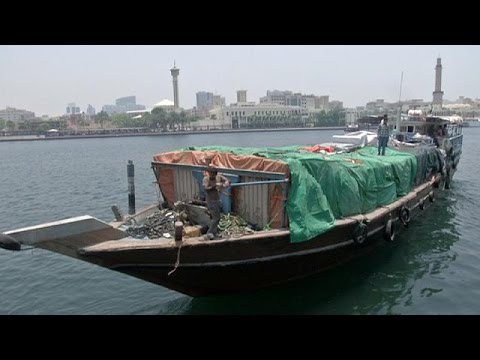 The Gulf Cooperation Council (GCC) comprises Saudi Arabia, Kuwait, Bahrain, Qatar, the United Arab Emirates and Oman. In recent years it has faced severe internal divisions, especially a Saudi-Qatar split over the Muslim Brotherhood, which Riyadh wanted to crush but which Qatar generally has supported. After enormous Saudi pressure, Qatar is said to have reduced its support for the MB. There is reason to think that the fabulously wealthy Gulf sextet is also deeply divided over the UN Security Council deal with Iran.

Saudi Arabia, despite publicly welcoming the Iran deal, is said to be very unhappy about it. The Sunni Bahrain monarchy likely is, as well, because of its suspicion that Iran is stirring up trouble among its Shiite majority. It is hard to read Kuwait on this one, but Kuwait usually stands with Saudi Arabia.

But the reaction of other GCC states has been much more enthusiastic.

Soon after the agreement was concluded, Iran leaked the information that Oman had played a key role at the beginning of the negotiations. Muscat hosted secret US-Iran meetings beginning in 2011, and these continued for years. Sultan Qaboos risked his relationship with the other GCC nations by not revealing these contacts to his allies. I don’t think there is any doubt that Oman is delighted at the successful conclusion of the negotiations.

Qatar said it had long encouraged talks between the US and Iran. This is plausible; Qatar has a reputation for insisting on dealing with all sides. Qatar said it has no bilateral problems with Iran, with which it has a “historic” relationship. President Hasan Rouhani of Iran said he was sure the agreement would improve Iranian relations with Qatar. When I was in Qatar last May, locals told me that Iranian navy ships sometimes show up off the coast as a signal that Iran is not happy with Qatar’s gas exports (the two countries share a vast gas reserve, but Iran has been unable to exploit its side and the two have no treaty on how to divvy up the wealth). Rouhani may have meant in part that with an end to sanctions, Iran will be able to begin exploiting the gas reserves, and won’t resent Qatar as much.

Dubai has in the past expressed hopes for a Western rapprochement with Iran. Unlike Abu Dhabi within the United Arab Emirates, Dubai is a commercial and trade hub, and its The deal is a windfall for Dubai. Abu Dhabi may feel differently, since it is a rival oil state to Iran and the deal will lower oil prices over time.

So when you hear that the Gulf Arab monarchies are against the deal (as though that should sway US politics), it is more accurate to say that some of them have strong reservations. Others are more positive.