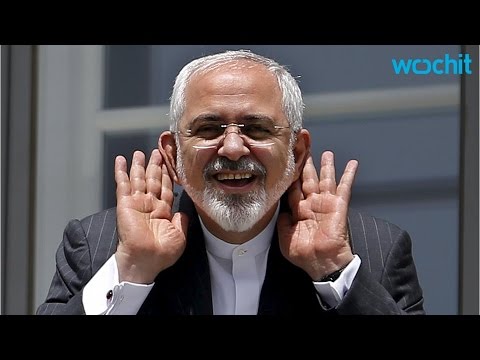 Gulf states, long-time rivals of Tehran, should seize the opportunities for regional peace and security offered by the historic deal, writes Miriam Lowi.

In recent months, a lot has been said about the promises and perils of negotiating with Iran, making compromises and reaching agreement.

In addition to Israel, Iran’s Gulf Arab neighbours have been especially anxious about the outcome of negotiations.

But the agreement arrived at on July 14 actually provides a sorely needed opportunity for regional players to turn the page on policies and practices that have failed to improve security in the region and for its peoples.

Rather than respond with fear, Gulf monarchies should seize the opportunity to imagine new, and hopefully more effective ways to address the violence and human suffering that persists today. How would this work?

The agreement shows that when adversaries face each other and engage across a table, there is a chance that they will come to some mutual understanding. When they don’t do so, there’s little chance of moving beyond adversarial positions.

As time passes and adversaries persist in spurning and maligning each other, their positions tend to harden. Adversaries become increasingly intransigent, and hyperbolic rhetoric mounts.

Isolating and punishing one’s adversary – through embargoes, sanctions, “closures” of various sorts, extra-judicial killings – does not bring them to heel; more often than not, it radicalises them, or at least toughens their resolve.

As Obama noted, the agreement with Iran – after more than three decades of hostility between the Islamic Republic and the United States – reduces the possibility for yet another war in the Middle East. This, in and of itself, is a positive outcome.

“No doubt, some have been eager for another war in the region, and with Iran in particular.

The peoples of the region have been living in unending turmoil since 2003, at least, with significant escalation during the past three to four years.

No doubt, some have been eager for another war in the region, and with Iran in particular.

But Gulf states should be wary of objectively finding themselves in the same camp as Israel.

Alas, Israel’s concerns are focused squarely on gaining most of historic Palestine for a Jewish state. Achieving this goal has meant the continued oppression of the Palestinian people – who, despite more than half a century of punishment, have not given up.

Israel’s relentless finger pointing at Iran – another strong, steadfast, and technologically sophisticated regional power with “bullying” capacity – and its increasingly hysterical insistence that the Islamic Republic represents the principal threat to regional security is, in large measure, a way to distract international attention from its own brutality in the West Bank and Gaza Strip – and now, among the Negev Bedouin as well.

No doubt, in the current, dreadfully sectarian environment in the Middle East, Netanyahu looks on gleefully as Gulf states vent their aversion for Iran – and by inferred association, for Shia populations and Shiism in its various forms.

The sectarian turn suits Netanyahu’s aims beautifully, at the same time as it tears the region apart. Gulf states play into Netanyahu’s hands by joining the chorus of Iran/Shia demonisers.

Now’s the time for Gulf states to distance themselves from Israel’s posturing.

Now’s the time for Gulf states to return to the Arab fold and take up the real struggles. Gulf states should devote themselves to addressing the most pernicious conditions that prevail in the region today: notably, the Israeli occupation of the Palestinian people and their lands, and the destructive force of mounting sectarianism.

How, though, can Gulf states contribute to rolling back sectarianism?

There are, it seems, two essential tasks. First and foremost, they should embrace their own Shia citizens – the vast majority of whom are Arabs. At long last, these communities should be accorded whatever rights and opportunities their Sunni co-nationals enjoy.

When Shia nationals are no longer marginalised and treated as potential traitors by their own governments, the likelihood that they would claim allegiance to or be recuperated by Iran would recede.

Indeed, integrating their Shia citizens into the national community would help strengthen Gulf Arab regimes and better equip them to face other regional powers, especially Iran, rather than feel threatened by them.

Some degree of cooperation between Iran and the Gulf monarchies would open up multiple possibilities.

Second, with integration underway, Gulf states should seek opportunities to engage in discussion with Iran, across a table, in the spirit of hopefully arriving at some degree of mutual understanding.

There would be much to talk about, and both parties would likely find that they share several interests and concerns. They could explore avenues to cooperation in trade, but also in education, science, and technology.

Together, they could tackle the thorny issue of sectarianism in the region. Just as Gulf states should fully integrate their Shia populations, so Iran should restrain its allies in Lebanon, Syria, Iraq and Yemen, and stop encouraging the spirit of revenge among Shia populations.

Iran should be made to understand that its hegemonic ambitions in the region, backed by official sectarian discourse and executed by a host of agents, have been and remain deeply destructive.

Some degree of cooperation between Iran and the Gulf monarchies would open up multiple possibilities.

It may prove to be a dissuasive force regarding Israel. It could pave the way toward resolving conflicts in the region. It could even empower the entire region as a player in the international arena.

Embarking on these two tasks will not only reduce the perception of threat from Iran; it will contribute to reducing tensions, hostilities and the threat of war.

Gulf states should welcome the nuclear agreement and seize the opportunities it offers for bringing peace and security to the region. The time is now.