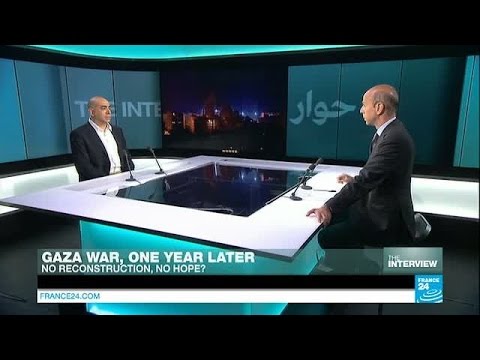 BETHLEHEM (Ma’an) –Support for the two state solution decreased among both Palestinians and Israelis over the past year with just 51 percent of both populations vouching support, a recent poll reported.

Meanwhile, perception by both groups of the other as an existential threat remained the same.

The poll reported that 56 percent of Palestinians believe that Israel’s long term goals are to extend its borders to cover the area between the Jordan River and the Mediterranean Sea, expelling all Palestinian citizens.

Forty three percent of Israelis polled, meanwhile, think that Palestinian aspirations in the long run are to conquer and destroy much of the Jewish population in Israel.

The poll results come as the majority of the current Israeli government pieced together by Israeli Prime Minister Benjamin Netanyahu publicly opposes the establishment of an independent continuous Palestinian state.

Palestinian leadership has historically said that continued expansion of settlements throughout occupied East Jerusalem and the West Bank have removed the option of a two-state solution championed in past peace negotiations.

Over 60 percent of the land area of occupied East Jerusalem and the West Bank is controlled by Israeli forces and is home to over half a million Israelis living in Jewish-only settlements deemed illegal under international law.

Despite this, Palestinian president Mahmoud Abbas said in the lead up to Israeli elections in March that Palestinian leadership would embark on renewed negotiations with any Israeli government that supported the two-state solution.

Netanyahu unequivocally ruled out the possibility for an independent Palestinian state in the run up to the elections, in a statement he later back-peddled on following international criticism.

France24: “There will be no two-state solution’ to Israeli-Palestinian conflict”