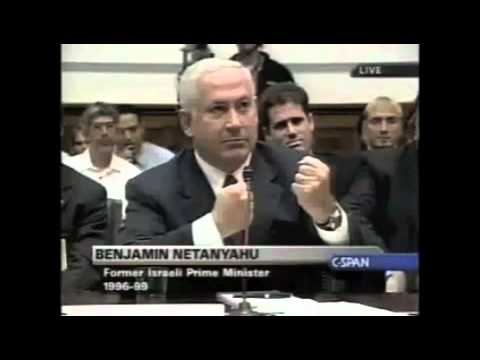 Israel’s Prime Minister Benjamin Netanyahu cannot be taken seriously when he talks about Iran. While Netanyahu is a master at exploiting fear in a particularly fearful society, the following points demonstrate that thinking people can ignore his claims dealing with Iran.

“Netanyahu and other Israeli leaders blasted the [July 2015 nuclear] deal [between Iran and six world powers] even as negotiators in Vienna were still making the announcement and providing details.”
Source:

“[M]any former senior intelligence and national security officials in Israel disagree [with Netanyahu’s assessment of the July 2015 nuclear deal]. While they think the deal is flawed and that Netanyahu deserves credit for raising the alarm on Iran years ago, they also believe that the historic agreement is—on balance—in the national security interest of the State of Israel.” Ami Ayalon, “a former head of Shin Bet, the Israeli internal security service, and a former chief of the Israeli Navy” can list numerous “former defense ministers and chiefs of Shin Bet and Mossad who agree with him that ‘when it comes to Iran’s nuclear capability, this [deal] is the best option.’ ‘When negotiations began, Iran was two months away from acquiring enough material for a [nuclear] bomb. Now it will be 12 months,’ Ayalon says, and the difference is significant to anyone with a background in intelligence. ‘Israelis are failing to distinguish between reducing Iran’s nuclear capability and Iran being the biggest devil in the Middle East,’ he says.”
Source: The Daily Beast

When Netanyahu was asked on television whether he would lobby the US Congress over the landmark [July 2015] nuclear deal with Iran, he replied: “I feel it’s my obligation as the prime minister of Israel to speak out against something that endangers the survival of my country, the security of the region, the security of the world.” (To learn when Israel “discovered” Iran as an existential threat, see question 3 of the Iran Quiz at: Iran Quiz
Source: CBS News (19 July 2015)

“On the eve of the nuclear ­accord, Netanyahu warned on his Twitter account that Iran ‘is more dangerous than ISIS,’ a reference to the radical Islamic State group that has captured vast swaths of Syria and Iraq. He argued that ‘the true goal of [Iran’s] aggression…is to take over the world.’”
Source: WaPo

“Binyamin Netanyahu’s dramatic declaration [at the United Nations] in 2012 that Iran was about a year away from making a nuclear bomb was contradicted by his own secret service, [Mossad, which]…concluded that Iran was ‘not performing the activity necessary to produce weapons’.”
Source: The Guardian

In 2010, Netanyahu wanted the Israeli military to prepare “for an attack on Iran’s nuclear installations…[Accordingly, he] convened the Security Cabinet, which then asked [former Mossad director Meir] Dagan, [former military chief of staff Gabi] Ashkenazi and several others for their views on military action. The generals argued against it. The cabinet duly voted the action down, infuriating Netanyahu and then-defense minister Ehud Barak. Within a year Ashkenazi, Dagan and their ally, Shin Bet director Yuval Diskin, were all out of a job.”
Source: The Forward (12 June 2015)

Likudniks point to Israel’s 1981 attack on Iraq’s Osirak nuclear reactor as a successful example of what the Israeli Air Force can achieve. (Then-Prime Minister Begin disdained diplomacy as a route to deal with Iraq’s nuclear program.) However, “After [Israel’s 1981] attack…Saddam cranked up Iraq’s nuclear production several times over, putting thousands of new technicians to work on the project. This was only discovered when the Americans questioned the Iraqi nuclear scientists they captured during the 1991 Gulf War. It was that war, and the subsequent takeover of Saddam’s WMD, that prevented Iraq from getting the bomb – not the 1981 Israeli attack on Osirak.” There is no reason to assume Iran would not redouble its nuclear program after an Israeli attack.
Source: 972mag (2 March 2012)

Jeffrey Rudolph, a Montreal college professor, was the Quebec representative of the East Timor Alert Network and presented a paper on its behalf at the United Nations. He was awarded the prestigious Cheryl Rosa Teresa Doran Prize upon graduation from McGill University’s faculty of law; has worked at one of the world’s largest public accounting firms; and, has taught at McGill University. He has prepared widely-distributed quizzes on Israel-Palestine, Iran, Hamas, Terrorism, Saudi Arabia, US Inequality, the US Christian Right, Hezbollah, the Israeli Ultra-Orthodox, Qatar, and China. These quizzes are available here