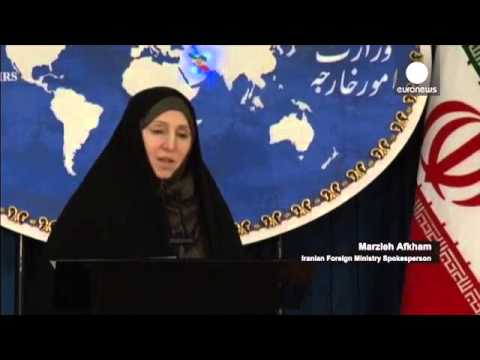 Israeli Prime Minister Binyamin Netanahu charged last week that Iran was the major sponsor of terrorism in the world and that it wants to take over the whole world. He also likened Iran to the faux caliphate in Iraq and Syria.

Iran is not trying to take over the world. Here are some replies to Netanyahu’s silliness:

1. One sign Iran is not trying to take over the world is that, as I have written before, “it has a small military budget, about $10 bn., on the order of that of Norway or Singapore. It has no air force to speak of. The US military budget is roughly 80 times that of Iran.”

2. As I noted earlier this year, Iran’s leader, Ali Khamenei, disavows any such ambitions:

“According to the BBC Monitoring translation of Khamenei.ir , Khamenei said:
The Islamic Republic is not a threat to any country. We have never been a threat even to our neighbours, let alone to distant countries. Our contemporary history clearly shows this. Even when some of our neighbours treated us not in a neighbourly manner, we showed restraint. Iran has never invaded a country and never will. The fake myth of nuclear weapons has been devised by America and then Europe and some other bootlickers in order to portray the Islamic Republic as a threat.”

3. When Iraq invaded Iran 1980-1988, Iran showed restraint and did not attempt, when it gained the upper hand, to make any claim on Iraqi territory

4. The deal on inspections of its civilian nuclear energy facilities makes it very difficult for Iran to acquire nuclear weapos. An aggressive state would never make such an agreement.

5. With regard to Daesh (ISIS, ISIL), Iran is one of the few effective countering forces. It has helped the Iraqi government kick Daesh out of Diyala Province and half of Ninewah Province. Iran ally Hizbullah is driving Daesh out of the mountains on the Syria/ Lebanon border. Israel doesn’t appear to have done anything practical to vanquish Daesh, unlike Iran.

As for supporting Hizbullah & Hamas, neither would even exist without brutal Israeli occupations to provoke them.

In contrast, Netanyahu’s country illegally occupies Gaza and the West Bank, refused to sign the Nuclear non-Proliferation treaty, has several hundred nuclear warheads, and launched wars in 1956, 1967, 1982, 2009 and 2014.