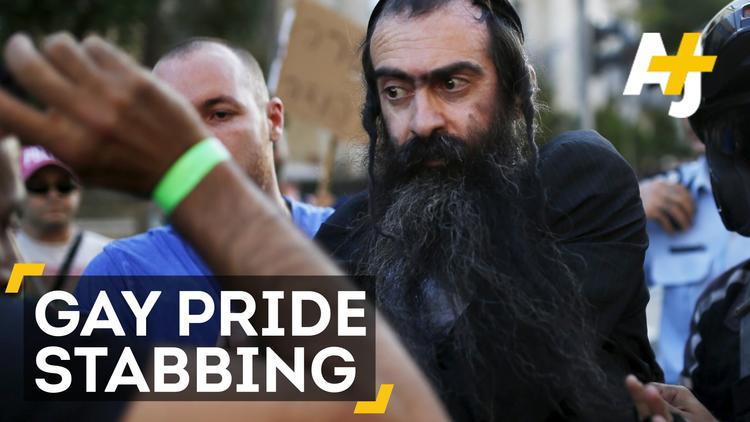 An ultra-Orthodox Jew stabbed six Gay Pride marchers in occupied East Jerusalem on Thursday, in a repeat of a 2005 attack for which he served 10 years behind bars, police and medics said.

Yishai Shlissel was released from jail three weeks ago after having served his sentence for the attack a decade ago when three marchers were wounded, a police spokesman said.

The Magen David Adom, the Jewish equivalent of the Red Cross, said two of Thursday’s casualties were in serious condition.

According to AFP, Israeli Prime Minister Benjamin Netanyahu swiftly condemned the attack as a “very serious incident”. “The state of Israel respects the private freedom of individuals which is a fundamental principle exercised in this country,” he said.

“We must ensure that every man and every woman can live in full security in any way that they choose,” the prime minister said in a statement.

After police arrested the assailant, participants carried on with the march through streets decked with rainbow flags to a park where a party was planned for the evening.

Hundreds of police are deployed to prevent violence breaking out in the highly conservative city during the annual march.

In past years, ultra-Orthodox protesters have gathered in their Mea Shearim bastion to denounce what they consider the “abomination” of homosexuality.

Israel’s homosexual community was plunged into grief in 2009 when a gunman attacked a centre for young gays in Tel Aviv killing two people and wounding some 15 others. That assailant has never been apprehended.

Israel is widely seen as having liberal gay rights policies, despite the ultra-Orthodox hostility towards homosexuals, particularly men.

Israel repealed a ban on consensual same-sex sexual acts in 1988.