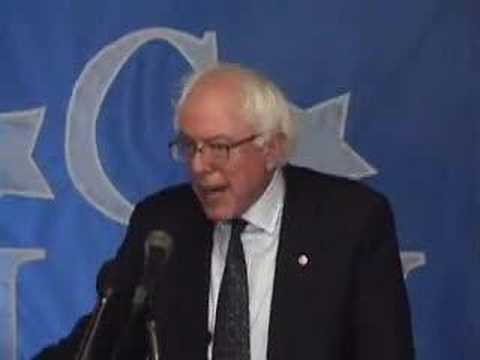 Bernie Sanders spoke from a house party in Washington, D.C., to supporters gathering in 3500 homes and other locations around the country in groups ranging from 7-8 to 80 or 90. He said it was a “historical night” and unprecedented to have these coordinated gatherings with an on-line streamed address so early in a campaign (in fact, it seems to me a little science-fictional– has this ever been done before?)

Sanders blasted the rich for getting richer while the US has more children living in poverty than any other OECD country, blasted corporations for evading taxes, insisted that it is “wrong that people are working 40 and 50 hours a week and still living in poverty.” He slammed 35% unemployment and underemployment rates among workers with a high school education or less. He criticized unaffordable tuition and unbearable student debt.

He blasted the treatment of African-Americans and “institutional racism,” instancing the Sandra Bland case.

He argued for a new campaign finance system and pledged to overturn Citizens United.

Having been inclusive of African-Americans, he reached out to Latinos by promising to fight for a path to citizenship for undocumented immigrants.

He argued for an expansion of medicaid to everyone on a single payer basis.

He said that the only way to combat the dominance of American politics by a handful of billionaires was with a grassroots campaign of millions and millions of people, which he calls a “political revolution.”

Now for media: tweets (first) and then videos, below:

Presidential Candidate Bernie Sanders speaking to supporters via Internet from a house party in Washington DC. 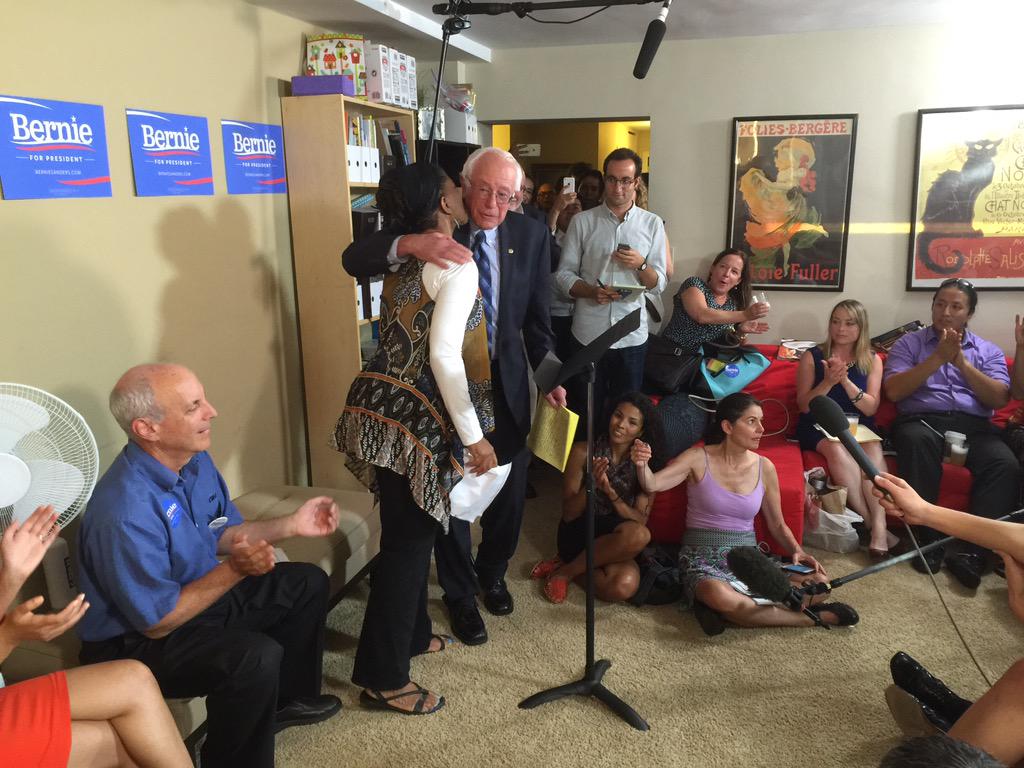 Here's a look at all the house party's! Lot's of love for @BernieSanders #FeelTheBern #Bernie2016 pic.twitter.com/b5iNVtAE7j

Due to recent tone deaf statements that marginalize Sanders’ existing minority support, I felt compelled to post this article and say a few words about my support as a Latino for Bernie Sanders and why I do not support Hillary Clinton.

I am proud to support a candidate who doesn’t need to be dishonest about their immigrant heritage to pander or flip flop and refuse to take a stand until it’s politically expedient. . .

I stand with Bernie Sanders because he stands with us.

USA Today report on sights and sounds of the 100,000 strong house party: