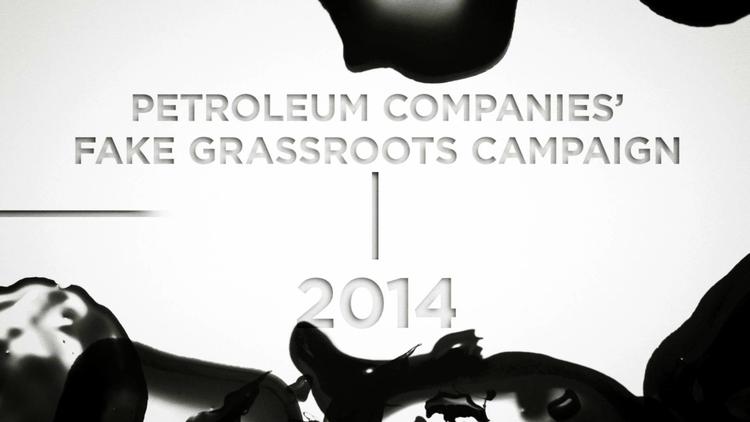 “For nearly three decades, many of the world’s largest fossil fuel companies have knowingly worked to deceive the public about the realities and risks of climate change.

Their deceptive tactics are now highlighted in “The Climate Deception Dossiers,” a new report from the Union of Concerned Scientists . The report highlights seven dossiers—collections of internal company and trade association documents that have either been leaked to the public, come to light through lawsuits, or been disclosed through Freedom of Information (FOIA) requests.

Each collection provides an illuminating inside look at this coordinated campaign of deception, an effort underwritten by ExxonMobil, Chevron, ConocoPhillips, BP, Shell, Peabody Energy, and other members of the fossil fuel industry.

Dossier 6: Proof that Mobil knew from its own scientists in mid-1990s that human-caused climate change is real: 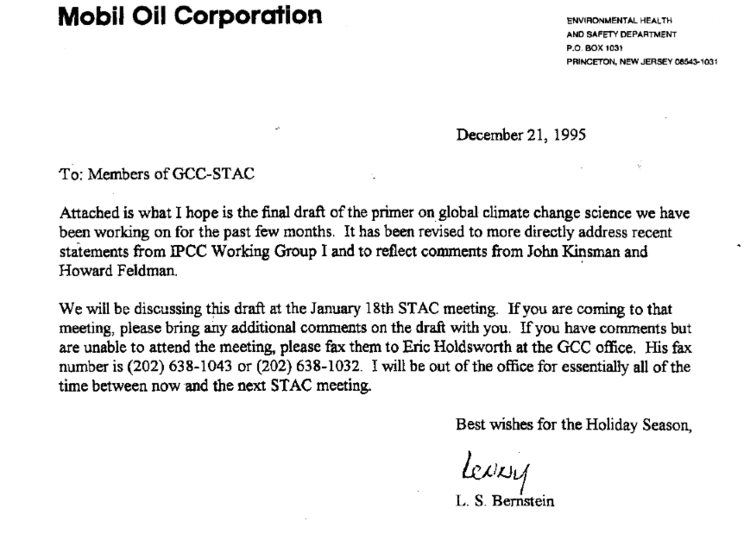 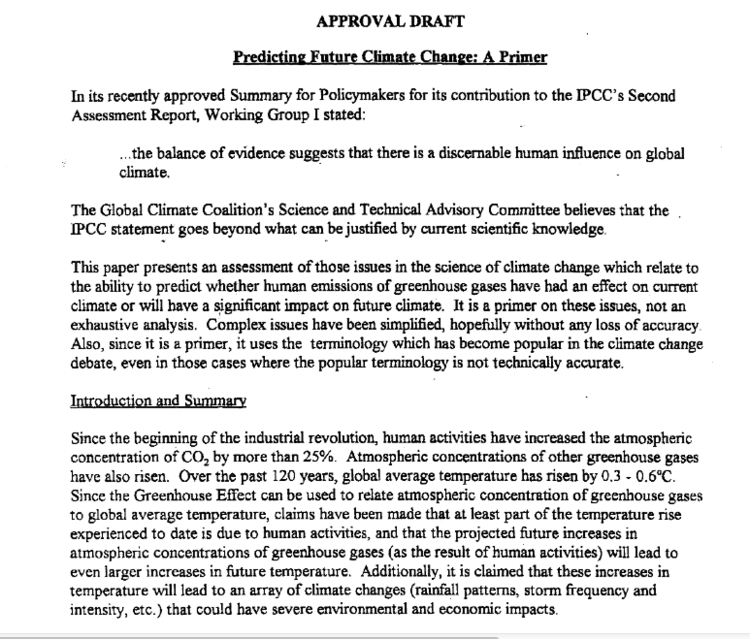