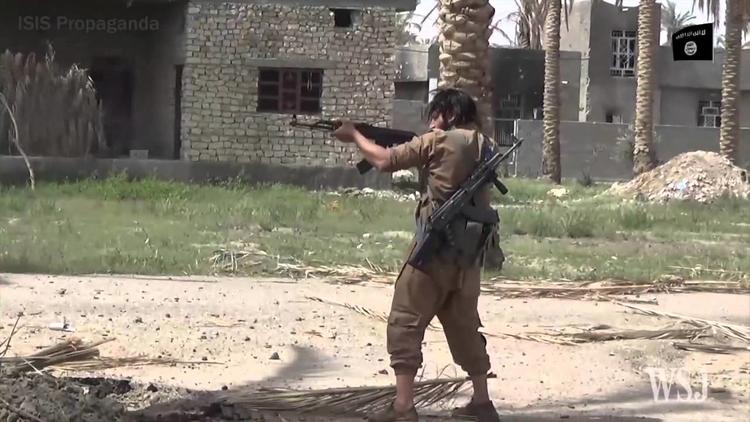 The wave of recent attacks in Tunisia, Kuwait and Turkey, all apparently linked to Islamic State in some way, have reinforced the spectre of the unstoppable “Daesh death cult” whose tentacles of terror can reach deep into every corner of the globe

The omnipresence of the group has precipitated something of an identity crisis in the Muslim world. Many assumed IS would vanish as quickly as it had appeared. Airstrikes from above and local disillusionment from below would be its rapid undoing. But the stubborn persistence of IS, has put paid to any such wishful thinking.

The staying power of this atavistic throwback to the dark ages, which positively revels in barbaric savagery and violence, all while shrouded in the language and regalia of Islamic caliphs and religious piety, has prompted a great deal of renewed soul searching in the Muslim world.

A flurry of uncomfortable questions has exposed this existential crisis. How Islamic is Islamic State? What does a legitimate Caliphate look like in the 21st century? Why are young Muslims from every corner of the globe flocking to its standard? And perhaps, the most difficult question: if IS is so reviled, why on earth is it still winning?

It is safe to state that the Muslim world, through varying degrees of denial, apathy and self-interest, has largely failed to respond to the challenge posed by IS with any sort of coherence.

It is of course unfair to speak of the Muslim world in these monolithic terms, but perhaps the only body that might claim to speak as the collective voice of the Muslim world with some modicum of legitimacy is the Organisation of Islamic Cooperation (OIC). It is the second largest inter-governmental organisation in the world, with 57 sovereign member states from across the Muslim world. So on the rare occasions when it manages to speak with a unified voice, we would perhaps be wise to sit up and listen.

At the 42nd summit of the OIC, which took place in June in Kuwait, assembled foreign ministers collectively committed to a laudable shared vision for the Muslim world. It should promote tolerance, strengthen civil society, address socio-economic inequalities and target vitriolic hate speech and extremist thought. All are important counterweights to the appeal of extremism and IS.

Days later, the OIC met again in Jeddah in pursuit of the so-called Istanbul Process – the implementation of a UN resolution on religious intolerance and hate speech. Considering how damaging these last two factors have been in fomenting sectarianism and nurturing fundamentalism in many Muslim majority countries, the significance of these initiatives should not be underestimated.

All the more surprising then, that they have been almost universally neglected by the Western press. Perhaps this is partly understandable. A steady stream of earlier initiatives, from condemnations and fatwas against terrorism, to de-radicalisation programmes, proved themselves to be almost entirely impotent in the past.

Those sceptical of these sorts of projects (and I count myself among them) might be forgiven for doubting that change can somehow materialise from within the very bowels of moribund autocracies, authoritarian regimes, and conservative fiefdoms. After all, many of the ruling despots of the Muslim world, now railing against Islamic State’s moral bankruptcy and flagrant violation of Muslim cultural or ethical norms, have at some point either shared similar views or behaved in similarly abhorrent ways.

Discussing the OIC summit with a very senior Muslim political figure, I mentioned my apprehension over these seemingly hollow calls for reform. Was this not just another talking shop, aimed at assuaging their own cognitive dissonance?

His response was quite remarkable. I half expected him to defend the record of the countries present, or argue that now was a time for unity in the face of adversity, rather than internal criticism.

He did neither. Instead, he cited The Lord of the Rings. Sensing my bafflement, he continued by explaining that just as the One Ring could only be destroyed in the fires of Mount Doom, where it had originally been forged by the Dark Lord Sauron, Islamic State too could only be destroyed within the very heart of the Muslim world where it had been forged.

When I mentioned that I was writing this article, and wanted to attribute his unorthodox but rather clever analogy, he paled and refused point blank. An understandable response – which respected intellectual would wish to be seen trivialising the most serious political issues of our time by drawing parallels with fairy tales about hobbits and orcs? And so he shall remain nameless.

But what he said makes sense. IS and its predecessor al-Qaeda are born of problems inherent in the Muslim world. Leaders have not just failed their people with authoritarianism, poor governance and neglect. They have also peddled sectarian rivalries and promoted intolerant, puritanical creeds as distractions from their own political mismanagement and illegitimacy.

Of course, that is not to deny that the outside world is culpable too. We cannot understand the rise of IS without understanding the illegal invasion and occupation of Iraq; or the wanton destruction of its infrastructure; or the dismantlement of its security apparatus; or the instatement of a divisive sectarian political administration in Baghdad. Nor should we forget the broader context of decades of Western support for Middle Eastern despots and dictators at the expense of their people.

Stretching the Lord of the Rings analogy further still, when Sauron created the One Ring, he concentrated a great part of his own inherent power and self within it. Thus, Sauron’s fate became bound to that of the Ring, and when it was destroyed in the fires of Mount Doom, so was he.

The legitimacy and appeal of Islamic State lies in its bastardised religious and political ideology. When Islamic State falls, and it will surely fall, the worldview that gave rise to it will also be exposed for the hollow sham that it was.

There has been a seismic shift in the Muslim world of late, which was reflected in the refreshing honesty in the language at these recent summits. The West would be unwise to reject the unique role the Muslim world can, and indeed must, play in discrediting extremist ideology from within.

The Arab Spring was one such sign of a burgeoning organic secular revolt from within. It deserved genuine support and solidarity from Western states, but sadly received neither. Save for the fragile Tunisian case, the Arab Spring is now well and truly dead. But, let us prepare to be part of the next Spring.