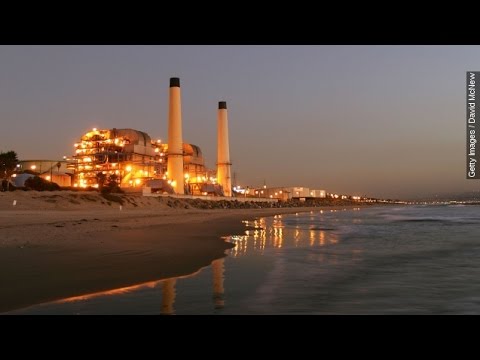 New study warns, ‘any new global climate agreement that does not minimize the impacts on the ocean will be inadequate.’

Without “immediate and substantial” reductions in greenhouse gas emissions, the world’s oceans and marine life face massive, irreversible damage with far-reaching consequences by 2100, a new study published Friday in the magazine Science warns.

The international team of scientists, led by Dr. Jean-Pierre Gattuso of the Laboratoire d’Océanographie de Villefranche in France, ran two analyses to compare the impact of climate change on the world’s oceans—one in which no changes are made to carbon emissions and one which involves extreme cuts.

The “business-as-usual” approach found that rising greenhouse gases would have an “effectively irreversible” impact on marine ecosystems by causing oceans to heat up, lose oxygen, and become more acidic.

That, in turn, would have devastating consequences on the food security and livelihoods of millions of people—all within the next 85 years.

“Impacts on key marine and coastal organisms, ecosystems, and services from anthropogenic (man-made) CO2 emissions are already detectable, and several will face high risk of impacts well before 2100, even with the stringent CO2 emissions scenario,” the authors write. “These impacts are occurring across all latitudes and have become a global concern that spans the traditional north/south divide.”

Services such as coastal protection and capture fisheries are already affected by ocean warming and acidification. The risks of impacts to these services increase with continued emissions… These impacts will be cumulative or synergistic with other human impacts, such as overexploitation of living resources, habitat destruction, and pollution. Fin fisheries at low latitudes, which are a key source of protein and income for millions of people, will be at high risk.

The scientists plan to present their findings at the UN climate talks in Paris later this year. The study notes that “despite the ocean’s critical role in regulating climate…international climate negotiations have only minimally considered impacts on the ocean.”

Such indifference can no longer be tolerated, the scientists warn.

“Limiting emissions…is necessary to meet stated objectives of the United Nations Framework Convention on Climate Change; a substantially different ocean would result from any less-stringent emissions scenario,” the study concludes. “[A]ny new global climate agreement that does not minimize the impacts on the ocean will be inadequate.”

Speaking with the BBC on Friday, Plymouth Marine Laboratory science director Professor Manuel Barange, who was not involved in the study, warned that “[c]limate change will continue to affect ocean ecosystems in very significant ways, and society needs to take notice and respond.”

“We are allowing ourselves to travel a uniquely dangerous path, and we are doing so without an appreciation for the consequences that lie ahead,” Barange said.