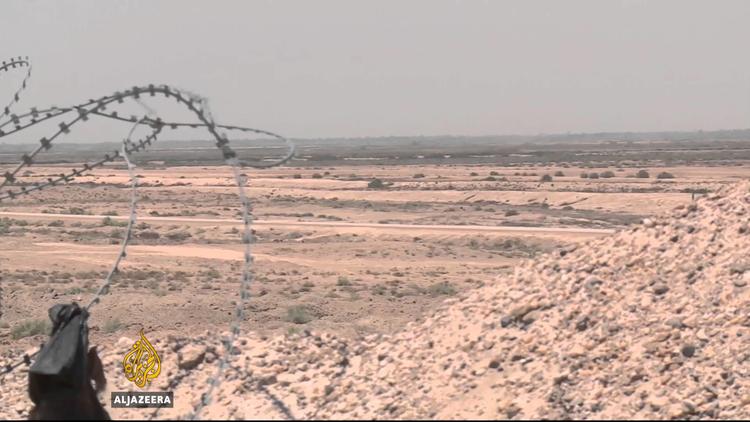 Falluja is surrounded and under siege by the Iraqi Army and its Shiite militia auxiliaries, as these pro-Baghdad forces make plans to take the city back away from Daesh (ISIS, ISIL). The militias call the looming operation “Cutting off the head of the Snake.”

Some 20,000 Shiite militiamen have assembled outside the city, drawn from groups such as the Badr Corps, the Mahdi Army (“Peace Brigades”), the League of Righteous, and so forth.

They are joined by the Sixth and First Divisions of the Iraqi Army, as well as two armored brigades and six missile units.

Falluja fell to Daesh about six months after Mosul did. It is especially significant to Sunni Arabs in Iraq because it was there that the first attack on US troops was launched in 2003, and the city fought two major engagements against the US in 2004

On Thursday, the commander of the Iranian Jerusalem Brigades, the special forces of the Iranian Revolutionary Guards Corps, Qasem Soleimani, arrived at the front. So too did Shiite militia commanders, including Hadi al-Ameri of the Badr Brigades, Abu Mahdi al-Muhandis, and Qays al-Khaz`ali. Al-Arabi al-Jadid maintains that a few hundred Iranian Revolutionary Guards also showed up.

Sabah Karhut, the speaker of the al-Anbar Province legislature, said that his body is studying the possibility of evacuating women and children and has opened a dialogue with Baghad about it.

Meanwhile, Daesh/ ISIS has threatened to execute any civilian caught attempting to leave the city of Fallujah.