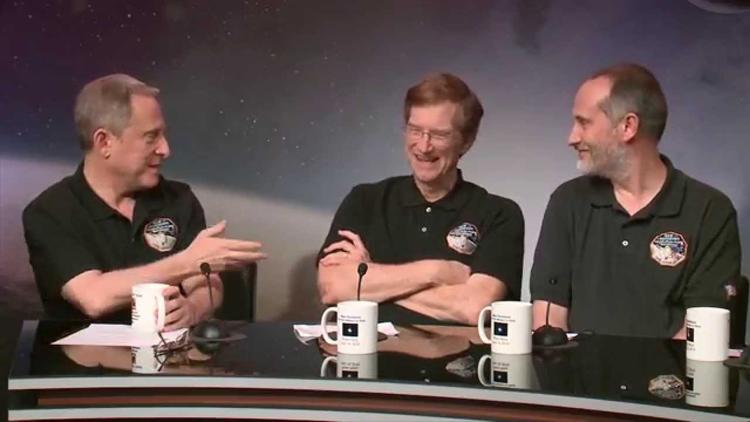 “NASA officials and team members of the New Horizons mission to Pluto participate in a news conference featuring release of close-up images of Pluto’s surface and moons, and initial reactions from the New Horizons science team.

New Horizons is the first mission to the Kuiper Belt, a gigantic zone of icy bodies and mysterious small objects orbiting beyond Neptune. This region also is known as the “third” zone of our solar system, beyond the inner rocky planets and outer gas giants.”